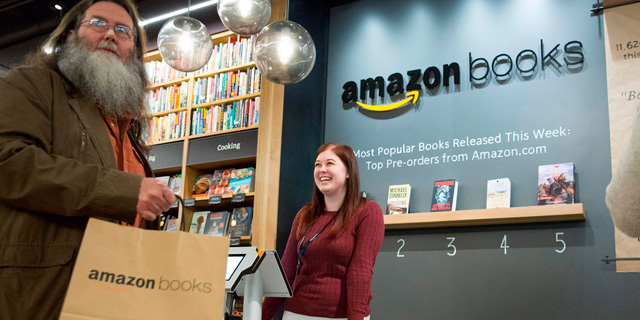 The company has so far failed to establish itself in India and just two weeks ago announced it is pulling out of China, but Amazon’s pockets are deep enough to withstand years of lukewarm success outside the U.S.

On Tuesday, Israeli media reported that Amazon has contacted Israeli merchants already active on its platform to begin marketing their products in-country, setting off a mini-earthquake in the Israeli retail market. Judging from the effect Amazon’s entrance had on the Australian market, however, the fallout in Israel will be less dire than expected, at least in the first 12 months.

It is par for the course for Amazon. Barring Amazon Web Services (AWS), Amazon has recorded operational losses almost every quarter for the past five years in its non-U.S. markets. On the one hand, it can be seen as evidence of the difference between the U.S. and the rest of the markets Amazon is expanding to—on its home turf, Amazon’s new services and products tend to set the pace for the rest of the retail industry. On the other hand, Amazon’s international losses could serve as an indication of its patience—this is a company that recorded its first quarterly net profit more than four years after its initial public offering in 1997—a mere $5 million at that. The company’s quarterly net profit passed the $1 billion mark for the first time only in the last quarter of 2017, when its market chaptalization stood at $700 billion, making it one of the highest valued companies in the world. At the core of Amazon’s tepid international success is the failure to conquer two major international markets, China and India. Two weeks ago, Amazon announced it will close its Chinese marketplace due to its inability to compete with domestic retail giants like Alibaba and JD.com, giving up after a decade of struggle. In India, Amazon is pitted against local powerhouse Flipkart Pvt Ltd., which received backing from American rival Walmart in 2018 when the latter paid $16 billion for a 77% stake. Another obstacle is the restrictions placed last year by Indian Prime Minister Narendra Modi on non-Indian food retailers in the country. Both Amazon and Walmart, for which food is a major market, have criticized the restriction. Amazon is also looking to gain a foothold in Latin America, where there is already a well-established network of e-commerce companies that could prove to be as big a challenge as China and India. The company might also have to contend with problems common to emerging markets such as confusing bureaucracy, problematic infrastructure that could cause logistical problems, and suspicion from local retailers that may not be quick to partner with Amazon. Perhaps to give itself a leg-up, Amazon already announced it will launch a Spanish-language version of its voice-enabled personal assistant Alexa. Amazon’s more recent strategy has been to add smaller markets to its expansion efforts—Australia, which has a population of around 25 million, some of the European Union countries, and now Israel. An exception is Turkey, where Amazon opened in September. Turkey is not a European Union country, and with its 80 million citizens, not a small market either, meaning Amazon’s integration efforts there will be an interesting case study. In its first few months, Amazon had offered a bevy of discounts to tempt Turkish consumers, but it is still too early to tell what long-term impact its presence will have on local retailers. When Amazon opened in Australia, Morgan Stanley analysts estimated that its local impact will be limited, since the company did not start by offering competitive enough prices compared to local brick and mortar and e-commerce retailers. A month prior to Amazon’s earnings reports for 2018, however, the bank published a report stating Amazon had quickly amended the mistakes it made when entering the Australian market—its discounted products offering is constantly growing, and it has started offering its Prime subscription service, meaning the company’s effect on the local industry could still change. Amazon’s decision to launch in Turkey with much more tempting offers could be a product of its Australian experience.

Amazon is not quick to bring to bear its full weight when entering new markets, but it has already proven itself capable of adjusting to new conditions quickly by making use of its vast array of available products and services. The fact that it is a company with big cash reserves enables it to withstand long-term losses in small markets. So while Amazon’s entrance to Israel will probably not have an immediate impact, it is still a turning point for the local industry. Domestic retailers can, perhaps, find comfort in the fact that they still have time to adjust to the coming change.