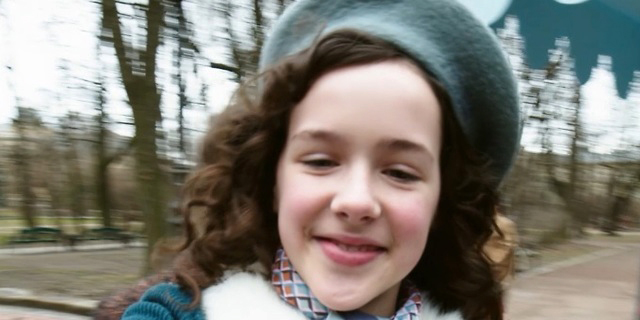 While many laud the project as an innovative approach to preserving the memory of the Holocaust, some say it is disrespectful and reductive

A new Instagram account attempts to imagine what the Holocaust would have looked like through the prism of social media. Based on the diary of Eva Heyman, a Jewish teenager who lived in Hungary and perished in the Holocaust in 1944, the project aims to make the memory of the Jewish Holocaust more engaging to youths by highlighting relatable issues like friendships, hobbies, and teenage crushes. Think of it as Anne Frank 2.0.

The project was created and funded by Israeli-born businessman and tech executive Mati Kochavi, together with his daughter, Maya. It revolves around a series of Instagram stories depicting the Nazi occupation of Hungary through the eyes of a teenage girl, with the first story set to go live on Wednesday afternoon, which marks the beginning of the Holocaust Remembrance Day in Israel. As of Wednesday morning, the account, which was created last month, already had more than 316,000 followers.

The project won praises for its innovative use of the popular social network, even gaining the attention of Prime Minister Benjamin Netanyahu. Known to make extensive use of social media, for propaganda purposes, Netanyahu, in a video posted to his Facebook page, called for more Instagram stories to be created in commemoration of the Holocaust.

Since the beginning of April, an ad and billboard campaign bearing the slogan: “If a kid in the Holocaust had Instagram,” complete with barbed wire decorations and a background inspired by Instagram’s brand colors, garnered mixed reactions. While many lauded the project as a creative and vital approach to preserving the memory of the Holocaust, some thought the use of what is perceived as shallow attention seeking media to confront such a delicate issue to be disrespectful of both the memory of the Holocaust and the intellectual capacity of teenagers. The issue of Holocaust commemoration and education is a divisive one in Israel, brought to a boil each spring as the country prepares to commemorate the atrocities. Holocaust-education being so central in Israeli education and culture from an early age that some critics describe it as a dangerous obsession. Many others say the country is not doing enough to preserve the memory, protesting what they say is an inadequate treatment of survivors and lamenting the time, in the near future, where no survivors remain to keep the memory of the Holocaust alive. As both a harrowing memory and a revered component of the Israeli ethos, the Holocaust is a central theme in Israeli culture. As such, Holocaust-themed humor is something of a national art form. It is not surprising, then, that social media reacted to the campaign with a slew of memes. One meme depicted a pile of discarded smartphones that drew a connection to the piles of discarded shoes now featured in concentration and death camps as monuments to those who were murdered there. Another imagined a tinder-like app where users can create their own Schindler’s lists.