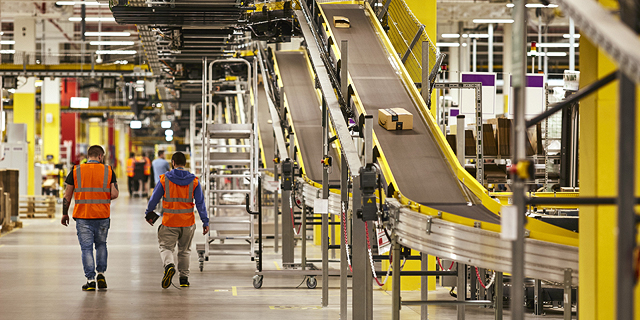 Amazon Can Have its Cake and Eat it, Too

Amazon is so massive, even an announcement of it entering a new domain can cause the valuation of other retailers to fall. Its entrance into Israel will necessarily change the market

Between August 2017 and September 2018, Amazon let go some 300 employees from its Baltimore warehouse, according to a report made last week by The Verge. The reason? They were not productive enough. The warehouse employs 2,500 people overall, out of 125,000 full-time workers Amazon employs in its U.S. warehouses.

More noteworthy, however, is that according to documents obtained by The Verge, those employees were fired by an algorithm that tracks productivity. Amazon’s algorithm can automatically issue warnings and even termination letters for employees who fail to meet their quota. In a comment, Amazon clarified that a human supervisor must first approve any terminations, and also give any notices. 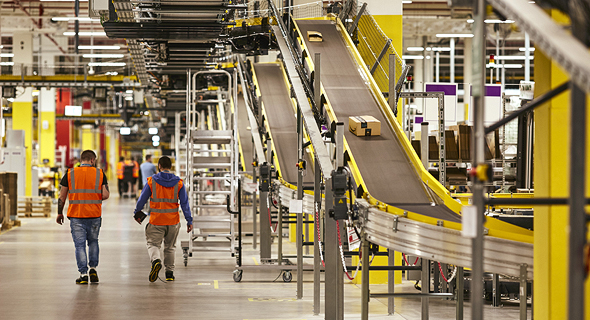 Amazon’s algorithm can be considered a metaphor for the reality of employment in the 21st century, where the precariat social class can find itself automatically unemployed simply because they couldn’t keep up. On the other hand, Amazon announced that it will bump the minimum wage it pays its employees to $15 per hour. Some critics claim it is the current competition over human labor in the U.S., and not Amazon’s generosity, that brought on the decision. From a business viewpoint, Amazon’s automated management can also be seen as the embodiment of another principle: the advantage of size. Amazon is a technological leader that has developed advanced logistical systems, sophisticated management software, colossal data storage services, and robots that work alongside its human employees—all of which combine to give the company a significant edge over its competitors and make its founder Jeff Bezos the world’s wealthiest man. Amazon is one of a small club of “superstar” companies, entities that are cropping up in more and more industries that manage to control a significant share of their market. This increased centralization, which is in part motivated by financial factors such as the size advantage, is then translated into social and economical differences between the employees of those companies and the employees of smaller companies. The inequality between companies is a major drive of social inequality, said Stanford University researcher Nicholas Bloom in an interview with Calcalist two years ago. In a financial reality where “the winner takes it all,” the most skilled people and those with the best education are all snapped up by the same few top companies, creating widening wage gaps compared to those left “outside.” While that may be less true for Amazon’s warehouse employees, it is certainly true for its tech talent. Amazon’s dominance has drawn the interest of researchers in recent years, many of which see the company as a symbol for the reemergence of monopolies. When Amazon announced its intention to acquire Whole Foods in 2017, the valuation of all other food retailers dropped, said last year in an interview with Calcalist Lina Khan, then director of legal policy at Washington-based anti-monopoly think tank the Open Markets Institute. “What other company can sink the valuations of Fortune 500 companies just by announcing an intention to enter their domain?” When Amazon mentioned the possibility of entering the healthcare industry in 2018, tens of billions of dollars were erased from the valuations of other companies in the domain, Khan said, adding that when one player has such a large influence, it signals the system is deeply flawed.

That way of thinking is not limited just to academics; in U.S. Senator Elizabeth Warren’s Democratic primary campaign, a major tenet was her call to break up tech Giants such as Amazon.

Amazon’s imminent entrance into the Israeli market will presumably shake up local retailers and force them to become more innovative and efficient. It will benefit local consumers, though not necessarily competitors or employees. As Kahn explained, those who must contend with the challenges posed by the likes of Amazon are not consumers, but regulators and politicians via political tools. Israel’s tech industry may be at the forefront of technological innovation, but Israeli consumers themselves have yet to truly feel the impact of those companies that best symbolize the economy of the 21st century—whether because they were barred by local regulators, like Uber was, or because they have kept away from a small market like Israel. Amazon’s arrival stands to change this reality, for better or for worse.