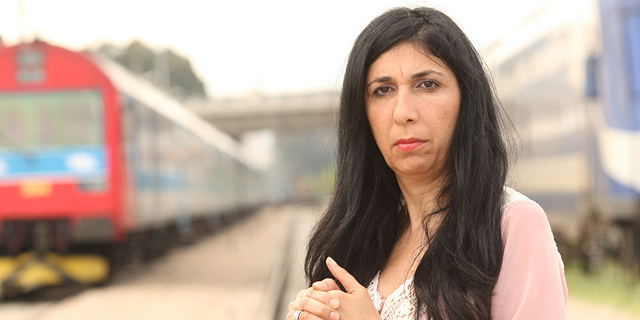 The lawsuit alleges that the railway’s management intentionally halted all trains for about two hours earlier this month, pinning the blame on the union to promote an initiative that would limit public service workers’ right to strike

On Tuesday, the trade union of Israel Railways Ltd. filed a NIS 1 million (approximately $279,000) defamation lawsuit against the government-owned train company in a Tel Aviv court via Adv. Sigal Pail.

The lawsuit alleges that on the morning of Friday, April 12, the company’s management intentionally halted all trains in the country for around two hours with the explicit goals of blaming the union, spreading fake news, and inciting against the union and its leader Gila Adrai.

Israeli law mandates maintaining the “status quo”—the situation that existed prior to 1947 when it comes to Shabbat observance—making Friday a short workday. The law dictates that public transportation will only operate until the afternoon on Friday, making it perhaps the busiest day of the week for the country’s buses and trains. The management’s intention was to divert public discussion away from its own failings, the union claimed in the lawsuit. Just one month prior, Israeli government watchdog the state comptroller issued a report that heavily criticized Israel Railway’s conduct, its frequent delays, and its service interruptions. The union and the management of Israel Railways have been at odds for several months, with the former claiming that new routes and planned changes to the trains’ operation hours are being carried out at the expense of workers. The events of April 12 came after several short strikes and sanctions initiated by the union.

On April 18, a Tel Aviv court ruled that the union must avoid further sanctions for the next two months. During that time period, the court ordered, the parties must enter intensive negotiations in order to resolve their disputes.

At the time, Israel Railway claimed the union instructed railway workers to avoid coming to work on April 12 by feigning sickness. The union denied the allegation and claimed it had nothing to do with the absence of the two workers the management blamed for the interruption of service. The union stated it had made efforts to find substitute workers as soon as possible, in order to allow the trains to return to regular operations. The union claimed management failed to inform it of the employees’ absence and of the interruption, of which it supposedly first learned from media reports.

The union further claimed that the management’s halting of the trains was meant to help promote an initiative, submitted just two days later by Israeli Minister of Transportation Yisrael Katz, which would limit the ability of public service workers to strike. The timing was not coincidental, according to the union. Responding to Calcalist’s request for comment, Israel Railways stated the union’s suit is a “nuisance lawsuit” intended to promote Adrai’s cause and affect the internal probe conducted by the company into the events of April 12.