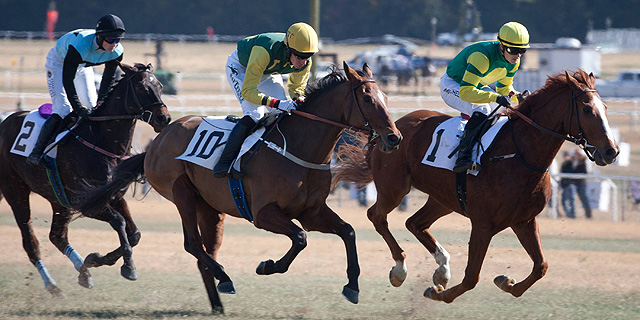 From racehorse breeding to human medicine, CRISPR gene editing is the future. Researchers worldwide are racing for the patent

Maximum Security, both the winner and subsequently the loser of the Kentucky Derby this past Saturday, will likely be able to still demand exorbitant stud fees, the amount paid to use his sperm to sire future potential racehorses. Typically, winners of major U.S. horse races, like the Derby, the Preakness and the Belmont Stakes command fees in the hundreds of thousands of dollars, per sample. In return, the buyers hope that the genetic offspring of these proven winners will similarly win big and eventually also bring in outrageous fees for their sperm.

While modern tools of genetic engineering—a broad term that refers to the altering of the genetic makeup of an organism via direct human intervention—are becoming more popular in equine breeding, many stables still prefer to employ traditional animal husbandry techniques, focusing on animal bloodlines, in their efforts to create the next winner. And while the old ways sometimes work— the first and only winner of the Grand Slam of Thoroughbred Racing, American Pharoah’s first crop has won their owners millions—this type of breeding can also result in expensive and spectacular failures. 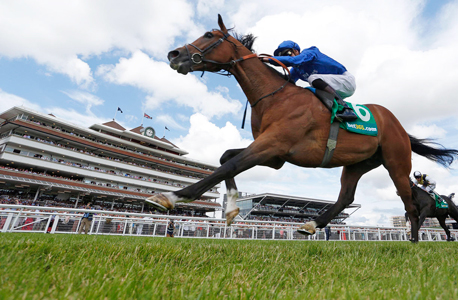 But not all breeders are stuck in the past. In 2013, the International Federation for Equestrian Sports, a governing body affiliated with the Olympics, lifted their ban on cloning and genetic engineering. Subsequently, Kheiron-Biotech, an Argentinian horse-cloning company, has since worked to engineer, via CRISPR, horses with more muscle mass that will scientifically allow them to run faster for longer. In contrast to the officially sanctioned use of engineering in horse racing, the announced use of CRISPR in modifying human embryos this past winter caused significant international consternation.

CRISPR, or clustered regularly interspaced short palindromic repeats, are DNA sequences found within the genomes of simple organisms like bacteria. Those repeated DNA sequences, culled from the DNA of invading predatory organisms (plasmids, phages, and viruses), are part of the bacteria’s ancient immune system. Like human vaccination records, these repeats represent the historical record, albeit passed down through generations, of those organisms that the bacteria is now primed to fight.

This acquired immunity, found in more than half of all bacteria, kicks in when a known virus returns and the CRISPR associated Proteins (Cas) use the relevant CRISPR DNA sequences to create matching RNA templates that are then used to target, cut and deactivate the offending genome of the attacker. CRISPR technology, first described in 1987 by a team from Osaka University, had been appropriated for some time by yogurt and cheese makers to help fend off attacks on their starter cultures, but more recently thousands of academic papers point to the broad potential of the technology. Notably, CRISPR isn’t the first genetic engineering technology, and it is also not the most current, but it can be considered the Model T of the industry as it has definitely shifted the paradigm in the way genetics is done. But more than the papers and academic research, the multimillion-dollar ongoing patent battle is indicative of the potential of this technology to revolutionize medicine. Apocryphally, Feng Zhang, a researcher at the Broad Institute, a well-endowed joint effort between MIT and Harvard Universities, supposedly heard about the early CRISPR research of Jennifer Doudna at the University of California, Berkeley (UC Berkeley) and Emmanuelle Charpentier at the University of Vienna (now at Max Planck) at a conference, and immediately left that event to throw himself into figuring out how to make the technology work as a genetic editing tool in higher organisms. While an earlier underdeveloped effort by Northwestern researchers in 2008 failed to obtain a patent, eventually, first the UC team in May 2012, and then the Broad team in December, filed for patents on the application of the technology. The Broad team—although filing for their first patent a couple of months after Berkeley, and then subsequently another 11 patent applications to bolster their claims—petitioned for an accelerated review of their patent applications, and eventually obtained a handful of patents by the time UC Berkeley’s first CRISPR patent was finally granted in 2016. While there were initial efforts to pool intellectual property resources early on, and many of the associated scientists see the current patent fight as an unfortunate distraction, it is likely that the potential for billions of dollars in revenue, as well as hopeful claims to a Nobel Prize, helped cause those talks to breakdown. Eventually, the Berkeley team petitioned the United States Patent and Trademark Office (USPTO) to open interference proceedings to determine which team has dibs on the technology.

Interference proceedings are a vestige of the old U.S. patent system where the first to invent, not the first to file for the patent, obtained the rights to the invention. While the America Invents Act (AIA) finally brought the U.S. system in line with the rest of the world, the CRISPR patents were filed before the AIA cutoff date of March 2013, and as such, were subject to the old rules.

The USPTO Patent Trial and Appeal Board (PTAB) heard the case and focused on whether Zheng’s work at Broad was legally obvious in light of the earlier UC Berkeley research, or not. A year later, the PTAB ruled that the Broad patents did not overlap directly with the UC Berkeley patent claims, and their specific claims to working in mammalian cells were not obvious given that the Berkeley claims did not include any particular cell system.

This decision, which was affirmed late last year by an appeal to the U.S. Federal Circuit (CAFC), the federal appellate court for patent-related cases, raises two different but equally problematic concerns. First, the decisions of the PTAB and the CAFC relied somewhat on offhand and imprecise statements made by scientists who were oblivious to the legal implications of those statements. This underscores the continuing and disconcerting disconnect and miscommunication between scientific research and the world of law that regulates it. And second, with both Broad and UC Berkeley holding similar patents, follow on innovation becomes that much harder as it is unclear which patent a company will need to license to gain the freedom to operate. Others might find additional concern in the ease of use of CRISPR as well as its relative affordability and availability, allowing even DIYers to start manipulating genomes without any oversight. Similarly, there are many researchers that see the unchecked growth of CRISPR research as moving too fast without sufficient regulatory oversight to prevent vigilante researchers from pushing the envelope too far. There are also many that view the patent battle over CRISPR as representative of all that is wrong in the technology transfer industry where government funded university research is appropriated and commodified for commercial gain, as per the 1981 Bayh Dole Act, at additional cost to the taxpayer who will end up paying for the therapeutics developed by that technology. Fortunately, both universities are licensing the technology non-exclusively and freely for research, a helpful situation when considering foundational biotechnology technologies such as CRISPR. Finally, like the studs mentioned above, each of the associated academic institutions has also sired their own surrogate companies to develop and broadly license the overlapping technologies in the hope of finding the next biotech unicorn.