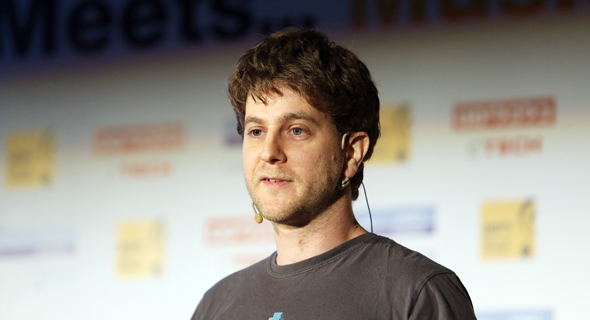 This Startup Will Turn You Into a Pianist in Five Minutes

JoyTunes’ app can teach you to play a song on the piano within five minutes, according to Yigal Kaminka, founder of the music education startup (listed as JoyTunes Ltd.). Kaminka spoke Monday at Calcalist’s conference on music and technology, which was held in Tel Aviv.

Simply Piano, JoyTunes’ signature app, shows users which keys to press on the piano in order to play the song of their choice. Through the microphone on the user’s phone or tablet, the company’s technology is able to recognize which sounds are played in real time. Play the correct keys—and the app will automatically upgrade you to the next level, Kaminka said.

The app has been downloaded more than 10 million times, according to company data. Founded in 2010, JoyTunes now has more than 200,000 paying subscribers and has surpassed $20 million in annual revenues, Kaminka said.