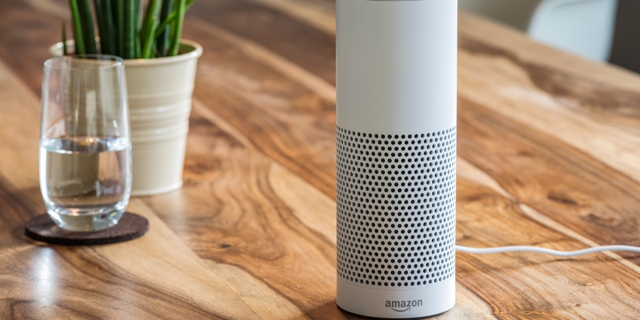 From Amazon’s Alexa to IBM’s Watson, Gender Inequality Is a Serious Issue for AI

People do not always realize the fact that technology is not objective, and that its ever-growing power can serve as a major catalyst in significantly widening social and gender gaps

The development of new technologies generally fills us with optimism. The reason for this is clear: technology has advanced humanity in a variety of fields, has contributed to bridging gaps between different people, and has led us to achievements, which up until recently seemed outside the realm of reason. Technology plays an important role in the social and economic processes in our lives, and technologies such as artificial intelligence will only further bolster this trend.

It is generally believed that AI will be the driver of the next industrial revolution. Algorithms play a key role in how we all make decisions: they help doctors diagnose cancer, farmers irrigate their fields, the legal system decide which prisoners can be released early, and banks understand to whom they can safely extend loans. As time goes on, these technologies will make more and more decisions for us. They will be implemented in virtually everything and will have a decisive impact on our lives.

This is exactly why we need to ask ourselves who is developing this powerful technology and what role they will play in shaping our future. People do not always realize that technology is not objective and that its ever-growing power can serve as a major catalyst in significantly widening social and gender gaps. In the case of AI, in a world where the vast majority of developers are men, we are creating a future in which the social divide between men and women will only grow deeper.

Is it merely a coincidence that just 20% of the engineers working on AI technologies are women, yet that all four major digital assistants developed to date, including Apple’s Siri and Amazon’s Alexa, that respond to people's requests and provide administrative assistance have been given female personas? In contrast, more sophisticated bots that solve complex problems were given male personas, as is the case with IBM’s Watson or Microsoft’s Einstein.

AI depends on data programmers and is therefore affected by the social tendencies of the people, mainly men, who enter data into its system. Amazon, for example, has only recently come to understand that the machine learning system it uses to screen resumes, almost without exception prefers the resumes of men. The main reason for this is that decades worth of resumes of developers, most of whom were men, is what has been fed into the system.

However, the risk here is not just of gender inequality, but also to the business capabilities of companies. When the first voice recognition systems were developed back in the 1980s, they were designed to streamline the work of secretaries in large companies. They failed dismally, because of the difficulty they had in identifying female, as opposed to male, voices.

If we look ahead to the role AI will play in our lives in the future, the implications may be even more dire, and the past can serve as a warning for what may come. For example, when the first airbags were developed for private cars, they were engineered to match the weight and height of the standard man, which led to serious injuries to children and women, whose bodies are relatively smaller and could not absorb the shock of airbags being deployed. It took the engineers precious time to understand that there was a bias here that had to be corrected.

We now have an outstanding opportunity to shape our future towards true equality. This is the time for the people in the industry to take responsibility and work together to create gender-neutral technology.

There are many steps we can all take to get there. In the industry level, we should start with heightening this awareness among managers, men and women. We can increase the number of female AI developers by investing more of our corporate social responsibility (CSR) budget into the inclusion of women in the coding and the design of machine learning and AI technologies. Also, we should actively change the bias that exists in the recruitment of personnel for AI development jobs, and all jobs for that matter.

But, to lead a change we would have to be able to aim much higher and to also partner with the public sector on a national level to take more affirmative action. For instance, the industry can partner with the government to support women-owned technology firms working in AI and to incentivize other firms to have more diverse staff at all levels. Also, we can pull more resources together to continue the research around gender and AI.

At LivePerson Inc., we recently established “Equal AI,” an initiative focused on correcting and preventing unconscious bias in the development of artificial intelligence. Together with business, tech, and academia leaders, we are developing guidelines, standards, and tools to ensure equal representation in the creation of AI.

Equality will contribute to business success and will reduce gender gaps. And, truth be told, there is no reason not to name the next digital assistant David.

Yuval Matalon is the general manager of the Israeli branch of Nasdaq and Tel Aviv-listed customer engagement company LivePerson.