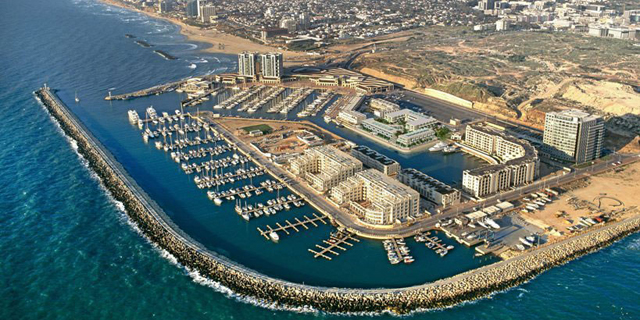 4,800 new docking spots are planned across Israel to solve the current lack of space for private marine vehicles, but environmental organizations are claiming only a small group will benefit at the expense of the animals, the beaches, and the public

Israeli environmental organizations are banding together to fight against a new plan promoted by the government, to construct five new marinas and expand eight existing ones by 2030. The plan aims to increase the number of docking spots for private marine vehicles—most of them yachts—in Israel from 2,900 to 7,600.

The plan proposes the construction of new marinas in Nahariya, Haifa, and Hadera, and two in Netanya. Expansions are planned for three existing marinas in Tel Aviv, and one each in Ashdod, Ashkelon, Herzliya, Haifa, and Acre. 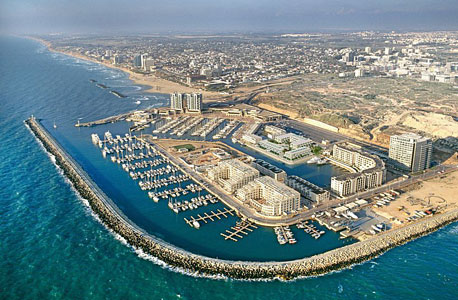 In the proposal, the Israel Port Authority’s planning team has highlighted a focus on the need to promote water sports and marine education, but according to the environmental organizations, the numbers reveal most of the plan is devoted to docking spaces and sea crafts. The authority estimates that in three years, demand for docking will exceed supply due to an annual growth rate of 3%-4% in the number of crafts. Currently, some 24,000 small-size crafts are registered with the authority, but there are also several thousands of unregistered ones. A key concern of the environmental organizations is that the construction will severely damage local sea turtle nesting sites, and also cause phenomena such as sand erosion in nearby beaches. The Society for the Protection of Nature in Israel (SPNI), one of the organizations headlining the protest, is reading itself for a lengthy battle. Israel is poor in coastal areas, and yacht docks should not be high on the priority list, Eran Ben Nun of SPNI said in an interview. The growth in the number of private naval vehicles can be met by expanding existing marinea, by repurposing structures, and by reorganizing existing locations more efficiently, he added. According to the new plan, each marina will take up an average of 700 meters of shore area that is currently open to the public, ousting beach goers and damaging local animal and plant life. The solutions SPNI is proposing could add over 3,000 docking spaces, Ben Nun said. The sea bed is the most important factor when it comes to wave quality, shape, and length, according to Itamar Gur, a veteran surfer from kibbutz Shefayim. Any damage to the sea-bottom could cause significant changes and even wipe out surfing beaches that have been operating for years, he explained. Israel has no real marine policy, Gur Said, leading to problematic phenomena such as illegal fishing, unlimited drilling for petrol and gas, and waste dumped into the sea. The growing number of private naval vehicles is also a problem, he said, but overall there is a need for an encompassing, responsible, long-term marine policy plan. Netanya resident Rika Eidelman, a former Israeli kayak champion and water sports enthusiast, is also against the plan and specially against the construction planned for Netanya. A marina isn’t some cute, small structure, she explained—three new hotels are planned to be built right next to the marina, and on a nearby beach, another six hotels and a large shopping center are in the works. “That means a natural, untouched beach with breathtaking kurkar cliffs will become a block of concrete,” she said. “The coastline will change.” Netanya has a need for an educational marina that will teach water sports and marine education, but the proposed government plan is targeting the needs of a very narrow and specific group, Eidelman said. “My concern is that pressure from business magnates will turn the marina into just a yacht dock, like the marina in Tel Aviv.” Mayors usually see new marinas as an attraction, bolstered by restaurants, cafes, and retailers, said Ben Nun. But the reality is the opposite, he said. “In the end, what they will have is a promenade with restaurants and cafes on one side, and on the other, a structure that blocks access to the sea and any marine view.” Solutions can be found for any need, Ben Nun said, but the current proposal serves a very small group at the expense of everyone else.

The proposal is still in its initial stages, according to a statement from the Israel Planning Administration (IPA), an independent unit under the Israeli Ministry of Finance. The plan has come about to answer a current lack of docking spaces, IPA stated, adding that t is meant to create a long-term, encompassing policy and designate approved spaces for marina developments, while taking into account urban and ecological concerns. The IPA is currently in the midst of updating its plans for both existing and new marinas, and is working according to a recently approved policy to limit coastal development only to urban areas and not to open spaces. “It is unfortunate that time after time, certain entities publish imprecise and agenda-driven data, harming the planning process,” IPA stated.