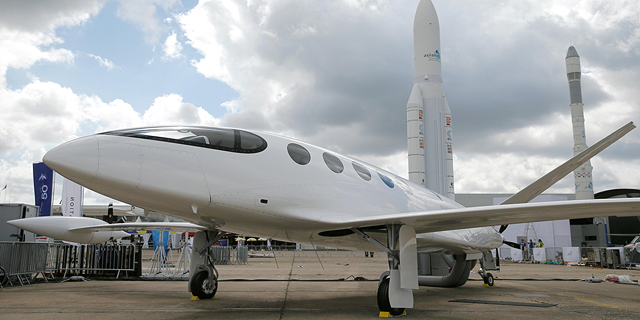 According to the company, the plane could fly up to 1,000 kilometers at a speed of 440 kilometers per hour on a single charge and at a per-hour cost of $200

Israel-based aviation company Eviation Aircraft Ltd. unveiled a fully-electric passenger plane at the Paris Air Show taking place this week. Named Alice, the plane can fly up to 1,000 kilometers at a speed of 440 kilometers per hour on a single charge, according to the company.

Headquartered in central Israel, Eviation has raised $200 million to date. The company saidit already has orders for several dozen planes at a price of about $4 million each. 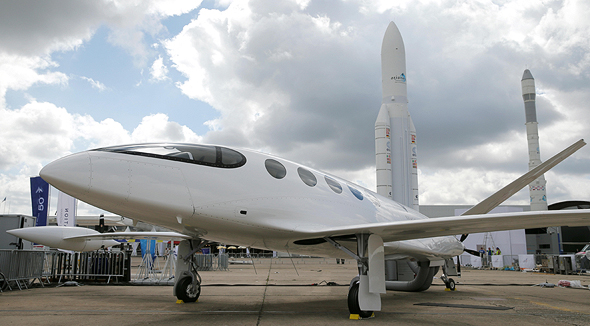 Although Airbus and Boeing have already presented concepts for hybrid and electric airplanes, Alice is expected to be the first electric passenger jet to be serialized, according to the company. The plane, which measures 12 meters with a wingspan of 16 meters, can host up to nine passengers and two pilots and will be used for commercial and private flights, the company said.

At a press conference held Tuesday at the Paris Air Show, Eviation’s CEO Omer Bar-Yohay said Alice will be flight-tested in Prescott, Arizona before being put forward for certification with the American Federal Aviation Administration (FAA). The company expects to receive certification by the FAA by the end of 2021, with deliveries predicted for 2022, Bar-Yohay said. The cost per hour of flight is roughly $200, Bar-Yohay said.