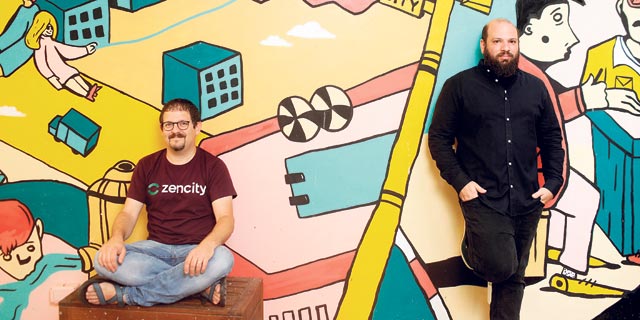 The Startup Giving Voice to the Silent Majority

Tel Aviv-based ZenCity helps cities identify public opinion and sentiment based on online content such as tweets, Facebook and Instagram posts and comments, and complaints to municipal hotlines

Pleasant Prairie is a small town in Wisconsin, home to 20,000 residents. Earlier this year, the city announced its intention to establish a downtown area featuring shops and restaurants that could serve the local population. Shortly after, the initiative began drawing flames. A determined—and loud—opposition formed, organizing protests in front of city hall and flooding local social media platforms with calls to shut the project down.

But something wasn't right. The planned downtown area seemed to be a natural development for Pleasant Prairie, a place for locals to hang out close to home and an opportunity to increase the town's revenues. So why was the plan so bitterly contested? Enter Zencity. 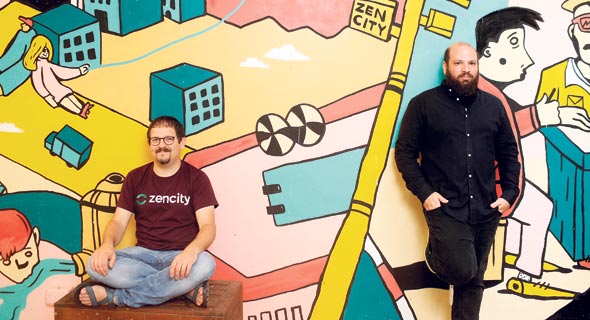 Tel Aviv-based city management company Zencity Technologies Ltd. is a startup for the era of haters: those vociferous few dominating the social discourse on digital media and influencing political agendas. The service Zencity offers cities is an in-depth, multi-faceted analysis of social discourse. They collect and analyze anything from Facebook posts to tweets, comments made on city-operated websites, complaints to the municipal hotline, tagged Instagram photos—virtually each and any piece of publicly shared information generated by residents. The goal is to answer the big question: what do the people want? "There is always a noisy splinter, those same ten people who are very active on social media, who are the only ones talking in city council meetings," Zencity co-founder and CEO Eyal Feder-Levy told Calcalist in a recent interview. In the case of Pleasant Prairie, Zencity's analysis uncovered that the opposition to the new downtown development was indeed a small fragment: only 15% of the town's people opposed the initiative, while 85% supported it. "The results were so clear-cut that the town leadership was shocked to learn they had so much support." Social media has a bias in favor of hateful, violent discourse, which tends to generate a more significant reaction, and therefore enjoys higher exposure. To cut through the mayhem, Zencity uses cool, calm analysis. Its algorithms are designed to detect irregularities (for example, if a particular word or topic come up more often than usual) and links (for example, if two phrases begin to appear together). "Generally speaking, most people express more positive sentiments, and still, you see one negative comment and that's what you are going to remember," Feder-Levy said. According to him, this piece of truth is the thing that resonates with the municipal administrations that hire Zencity. The service the company offers replaces cumbersome surveys and public meetings. By going to the source—social media—Zencity makes it easier for cities to obtain a complete image of people's opinions. Zencity performs the bulk of its analysis from its central Tel Aviv office, where 45 employees work directly with 70 cities and towns worldwide (15 of them in Israel) to address their most pressing questions. "Cities don't stand a chance of figuring out if what they are doing is working or not," Feder-Levy said. "A city can invest millions in projects and not have access to verified feedback to learn whether people are happy with the project or not." Demonstrations and other civil actions only go so far, he said. This is mainly because they are time consuming and inconvenient. For a person looking to air grievances or have their opinion heard, turning to social media is the fastest, easiest route. Zencity is capable of analyzing data in five languages, which enables it to address areas with a diverse population, Feder-Levy said. The data it collects is divided into 86 sub-topics according to issues under the city's authority, from sanitation to transportation. The company's algorithms then analyze the data to deduce complex conclusions. Living in the digital age, we first learn of a protest online, even before people actually take to the streets, Feder-Levy said. "This is the service we offer—we identify the trends well before people go out to demonstrate." A former officer in Unit 8200, the Israeli military's equivalent of the NSA, Feder-Levy studied computer science and went on to earn a master's degree in urban planning from Tel Aviv University. There, he was one of the founding team members of the university's City Center Institute, a research center for cities and urbanism. He went on to found Zencity in 2015, together with chief technology officer Ido Ivry. Among the cities working with Zencity are Jerusalem, Israeli northern port city Haifa, and southern Israeli resort town Eilat, as well as San Francisco, Houston, and San Antonio in Texas, and Fort Lauderdale in Florida. Zencity has raised almost $8 million to date, from backers including Microsoft's venture arm M12. "One of the things I felt very strongly while still in the academia is the gap between theory and practice," Feder-Levy said. "Smart cities, for example, are a very trendy concept, but when you talk to city authorities, you learn that they do not have the infrastructure to operate a smart city. I felt a need to work in the practical application because the city has a much more direct impact on our lives than the state." As it happens, Zencity's algorithms have been applied to more than helping cities decide whether or not to introduce a new scooter service. In February, a disgruntled employee at the Henry Pratt Company in Aurora, Illinois opened fire inside the company's facility, killing five and injuring six more. At that time, Zencity had been working with the city of Aurora for one month. Data analyzed by Zencity helped local police gauge what the public knew about the attack and formulate the message about the attack ahead of the press conference. In the days that followed, Zencity data helped the city of Aurora learn about grassroots initiatives launched to aid the victims and their families, efforts the city went on to support.

Achievements such as these help make the case for Zencity's technology. Critics could bring up questions of privacy. "This is one of the key issues we consider," Feder-Levy said. "The last thing we want is to take someone's information and make it public against their will. But I believe people should take responsibility for the things they share online, and be aware." According to Feder-Levy, Zencity's technology does not enable the company to track individuals based on certain beliefs. "That is our biggest nightmare," he said.

1.
Fake news
The silent majority are the charedim and they do not use such things