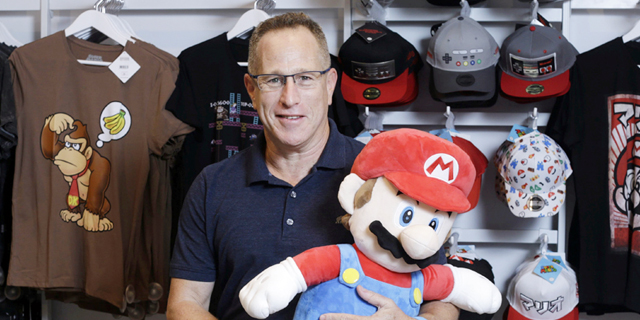 Nintendo is here to stay, even if game consoles become obsolete in the future, according to Eran Tor, founder and chairman of TorGaming Ltd., the official Israeli distributor for the Japanese multinational gaming company.

Nintendo launched its first official store in Israel last week, within Tel Aviv's Dizengoff Center mall. Three thousand people lined up for the opening, extending as far as the street below, Tor said in a recent interview with Calcalist. 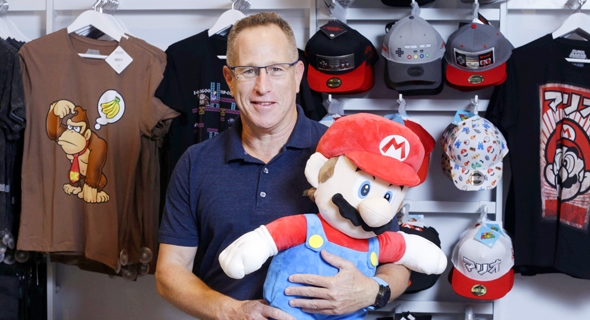 For Tor, bringing Nintendo to Israel was an old dream. In 2007, he co-founded iCon Group, also known as iDigital, then the exclusive distributor of Apple products in the country and still a premium reseller. When he first started iDigital, shortly before the smartphone revolution, Tor took a plane to Kyoto to meet with Nintendo executives. They had a good talk, but the company was not interested in entering the Israeli market at the time, Tor said. After stepping down as CEO of iDigital in 2014, Tor went on to become CEO of New York-based company Flavors Holdings Inc., a subsidiary of U.S.-based holding company MacAndrews & Forbes Inc., owned by billionaire investor Ronald Perelman. In May 2018, after founding several new ventures, Tor finally got a call from Nintendo asking him if his dream was still alive. “The Nintendo brand and the world of gaming have always fascinated me because I grew up on Nintendo,” Tor said. There aren’t a lot of brands that are like Nintendo, in the sense that people, whether 50-years-old or 10-years-old, emotionally relate to their characters and games, he explained. “You will be hard pressed to find anyone who does not know Super Mario, Luigi, Donkey Kong, or Pikachu,” he said. Some of the 129-year-old company’s characters have been with us for as many as eight decades, Tor said. “Other than Disney, Nintendo is the only company that has such assets,” he added.

As technology advances, game consoles may become a thing of the past, but the most important thing is content and not a particular device, Tor said. Later this month, Nintendo will launch an online content store in Hebrew, he said, adding that the company intends to encourage local developers to work on its platform. According to Tor, one of the things that make tech devices more expensive in Israel is over-regulation, Tor said. Israeli law requires all products commercially distributed in the country to be tested and approved by the Standards Institution of Israel. “If a product was already approved and sold to hundreds of millions of people in the U.S. and Europe, why do we have to test it again?” he asked.