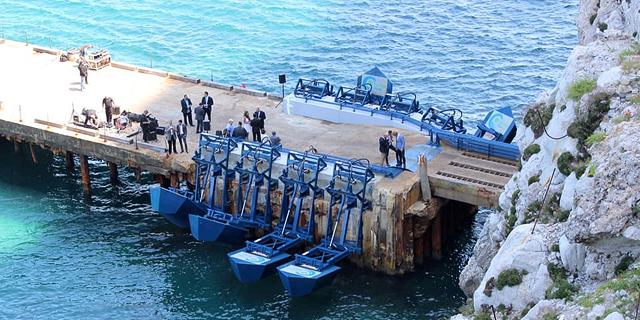 EWP designs and manufacturers wave energy converters, which are devices that use wave motion to spin a generator and produce energy

In a previous interview with Calcalist, Braverman said they have decided to list in Sweden due to its widespread adoption of renewable power sources and its investors therefore being more open to the sector.

The company listed 18.2% of its stock for trading. AP Fonden 4 (AP4), the fourth Swedish National Pension, and Skandia Fonder, a subsidiary of financial services company Skadia, are now among EWP’s largest shareholders. The IPO proceeds will be used to build the company’s first commercial wave energy farm, and to boost marketing and sales operations. EWP already operates one small plant in Gibraltar and a trial power plant in Jaffa port in Israel, funded by a grant from the Israeli Ministry of Energy and Water Resources. The company has plans to expand both projects.