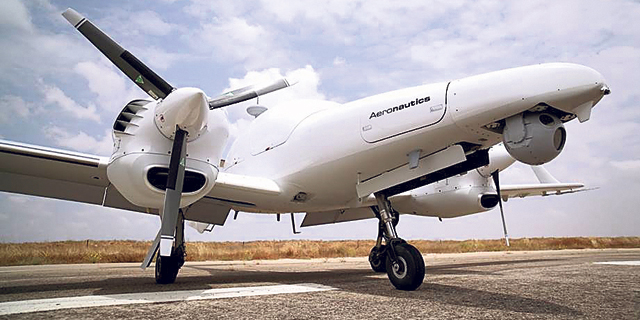 The acquisition of the Israeli drone maker by defense contractor Rafael and partner Avihai Stolero was approved by Rafael's board in April, but Israel's Government Companies Authority had concerns regarding the ownership split between the partners and the high valuation given to the struggling company

The Israeli Government Companies Authority has approved the acquisition of Israeli drone maker Aeronautics Ltd. to Israeli defense contractor Rafael Advanced Defense Systems Ltd. and Israeli businessman Avihai Stolero, according to one person familiar with the matter who spoke to Calcalist on condition of anonymity. The authority will pass on its recommendation to the Israeli government cabinet in the upcoming days, the person said. The acquisition was approved by Rafael’s board in April. Rafael and Stolero have agreed to pay NIS 850 million (approximately $243.5 million) for Aeronautics, a 28% premium on the drone maker’s market capitalization on the Tel Aviv Stock Exchange Sunday morning, which stood at NIS 663 million (approximately $190 million).

The authority initially refused to approve the deal, demanding changes to the proposed ownership structure between Rafael and Stolero. One of the disputed issues was the high valuation the deal gave Aeronautics despite its stock crashing since its June 2017 IPO, partly due to a lengthy probe by the Israeli police and the Israel Securities Authority into suspected violations of the Israeli defense export controls law. Another was the original framework of the deal, which, according to the authority, saw Rafael face more risk and enjoy fewer benefits than Stolero, despite the ownership being split equally. It also had a clause, now removed, that stated that if Rafael had wanted to acquire Stolero’s stake, it would have to pay him a 10% premium on what he had paid for it. After the changes have been made and an agreement has been reached regarding Rafael’s contested dividend payment to the state, the authority has now agreed to approve the deal, the person said.