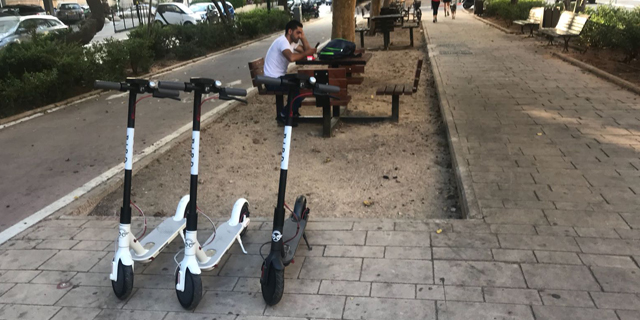 Bird’s electric scooter-sharing app has been used in Tel Aviv for more than two million rides by over 250,000 users since the company launched its operations locally in August of 2018

The company’s electric scooter-sharing app has been used in Tel Aviv by over 250,000 users making more than two million rides since the company launched its operations locally in August 2018, Bird said. The average ride in Tel Aviv was 12 minutes, the company said. Bird is one of three different shared-scooter services operating in Tel Aviv. The other two are Berlin-based Wind, operated by BYKE Mobility GmbH, and San Mateo, California-headquartered Lime, incorporated as Neutron Holdings Inc. Tel Aviv was the second location outside the U.S. for Los Angeles-headquartered Bird, after it launched operations in Paris.

Earlier this month, new regulations restricting the activity of micro-mobility companies operating in Tel Aviv came into force, restricting where and how vehicles are allowed to be parked, placing full responsibility on the operating company and not on users.