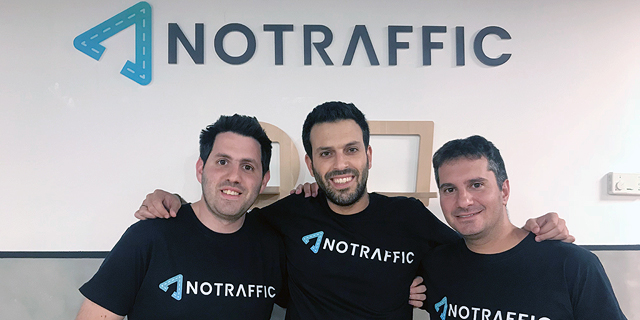 NoTraffic develops a system for real-time traffic management in urban environments, based on a network of plug and play sensors and real-time communication between vehicles and traffic lights

Tokyo-listed auto parts supplier Denso Corporation has partnered with Israeli smart mobility startup NoTraffic Ltd. to install smart intersection technology in Dublin, Ohio, Denso announced Wednesday. The financial details of the partnership were not disclosed. Denso also partnered with several other companies as part of its initiative to implement a smart mobility ecosystem in Dublin, Ohio. NoTraffic’s technology connects to existing traffic lights and their operating system, and can respond to traffic needs in real-time, for example, give the green light to the more congested side of an intersection, Tal Kreisler, NoTraffic CEO and co-founder said in a recent interview with Calcalist. Founded in 2016 and based in Tel Aviv, the company said its artificial intelligence algorithms are capable of identifying and correctly predicting vehicles’ arrival time at a traffic light to optimize traffic flow.

In June, NoTraffic announced a partnership with Israel-based Autotalks Ltd., a developer of vehicle-to-vehicle communications chips. The companies’ joint product is capable of identifying a variety of vehicles as well as pedestrians, and can communicate this information to oncoming vehicles, according to the company’s statement. The company has raised $3.35 million to date, according to Pitchbook data.