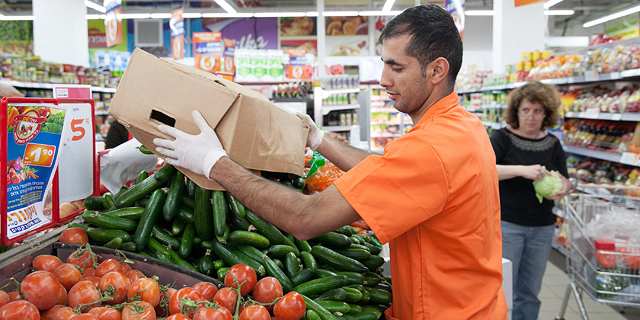 Israel to Award $2.6 Million to a Supermarket Chain That Commits to Using More Packaging

Israel’s Ministry of Agriculture announced Sunday it would award one supermarket chain the grant, part of a pilot program that would see food retailers pre-package produce to reduce food waste

The Israeli government wants to see local food retailers use more packaging. On Sunday, Israel’s Ministry of Agriculture and Rural Development announced it would award one supermarket chain a NIS 9.5 million (approximately $2.6 million) grant, as part of a pilot program that would see food retailers pre-package produce.

Most fresh produce in Israel is currently sold in bulk, allowing consumers to choose the exact amounts they require and make independent choices about the use of packaging. According to the new plan—which the ministry claims would help prevent food waste by protecting produce from damage and providing optimal conditions—tomatoes, cucumbers, bell peppers, eggplants, zucchinis, apples, pears, bananas, peaches, nectarines, avocados, and mandarins, will all come pre-packed in packages available in two sizes.

The grant will be awarded to the chain whose plans to package the produce are deemed the most sustainable according to criteria set by the ministry, which include the degree in which the packaging materials can be recycled or reused. Extra points will be given to retailers that agree to collect and return a deposit on the packaging, to those who will use additional means to prolong the shelf life of produce, such as refrigerated shelves, and to those who will provide consumers with ways of keeping produce fresh longer at home.

The winning chain will have to implement its suggested policy in 20 stores across the country over a period of three years in which the ministry will examine whether the program has indeed contributed to significantly reducing food waste throughout the supply chain. The ministry will also check to determine whether this reduction resulted in decreased greenhouse gas emissions, after taking into account the added pollution created by the production and recycling process of the packaging.