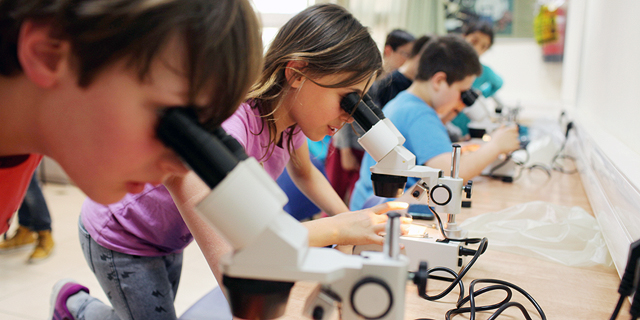 Back to School: 10 Ways to Improve Israel’s Education System

How to help students prepare for the future job market? Ten experts offer unique ideas on how to make education in Israel more innovative and creative

The Israeli school year officially started on Sunday, with 2.6 million children and teenagers flocking to the country’s educational institutions, according to data released by Israel’s Education Ministry. From kindergartens and elementary schools to junior highs and high schools, teachers and educators are attempting to help shape students into productive future members of society, trying out various approaches and methods. Below are interviews with 10 experts sharing their unique ideas on how to make education in Israel more innovative and creative. Yaron Neudorfer, founder and CEO of Social Finance Israel: Invest in social impact bonds 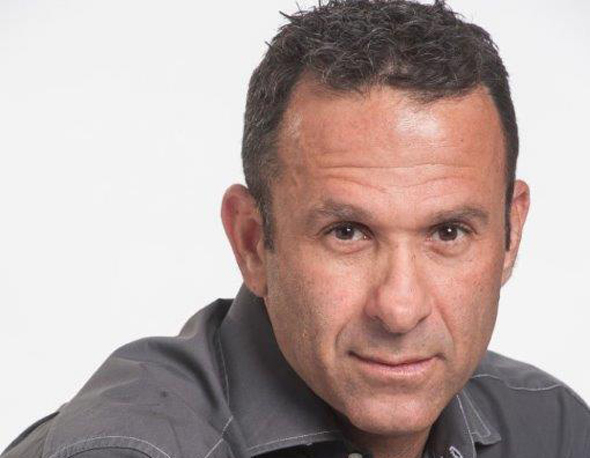 In Israel, a deep financial divide among Israeli schoolchildren is a key factor impacting academic achievements. Yaron Neudorfer, who heads Israeli social investment intermediary Social Finance Israel (SFI), believes that the most efficient way to close this gap is through social impact bonds (SIB). Established in 2013, SFI is a social enterprise working to promote socially-minded investment through innovative financing tools. The idea of SIB is simple: investment firms raise funds for social causes and get paid by private organizations or the government based on accomplishments. A new project launched by SFI this year is designed to raise the number of Bedouin students in the southern town of Rahat who get a high school diploma. SFI has already raised NIS 15 million (approximately $4.2 million) for the project, which will see the Israeli Ministry of Education pay based on the numbers of graduating students, Neudorfer told Calcalist in a recent interview. According to Neudorfer, SIBs could also help retain teachers, many of whom leave the profession after just a few years on the job due to difficult financial conditions.

Rinat Rosenberg-Kima, the Faculty of Education in Science and Technology, Technion Israel Institute of Technology: Social robots will assist teachers 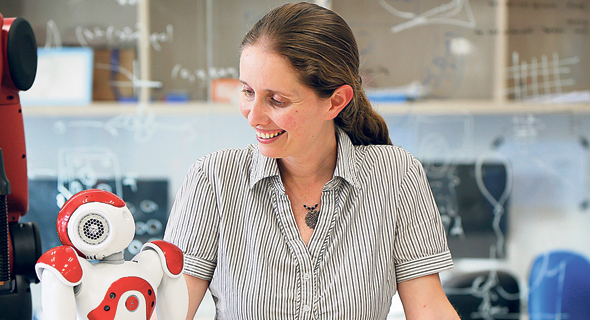 The day when robots replace human teachers altogether is still far, but robots can prove successful as teaching assistants, according to Rinat Rosenberg-Kima, who researches social robots at the Technion. In Japan, she said, robots already help teach English to students, and have a clear advantage—no foreign accent. In an experiment Rosenberg-Kima conducted at Tel Aviv University, she tested the use of a robot assistant during group work sessions. Rosenberg-Kima found that students are sometimes more comfortable approaching a robot, which is not critical or judgemental and has more patience than most human teachers. Robots could be a solution for what is considered menial tasks in teaching, such as teaching the multiplication table, Rosenberg-Kima said. Still, it will take time for robots to comprehend the complicated social interactions in the classroom. According to Rosenberg-Kima, teaching is a much more complex task than driving autonomously. Miriam Leibowitz-Assaraf: a secular girls-only school 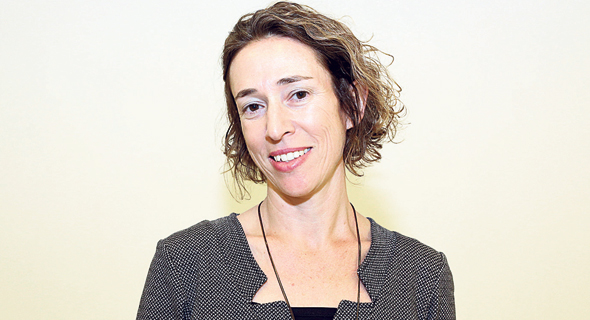 This school year will see the launch of a new secular girls-only education program (Jewish religious education in Israel is often segregated). Dubbed Inbar, the program is offered for grades 7 through 12 and is designed to provide girls with an equal opportunity for academic excellence. Miriam Leibowitz-Assaraf, who heads the program, believes that separate education can help girls level the academic playing field. Studies show that educational staff often possesses gender bias, Leibowitz-Assaraf told Calcalist in a recent interview. According to her, graduates of female-only programs go on to be more socially and politically active. The new program will emphasize science, technology, and engineering studies. Girls will study robotics and meet with female role models. Inbal Chameides, co-founder and managing director at P.I.E Challenge: Teach mindfulness at school 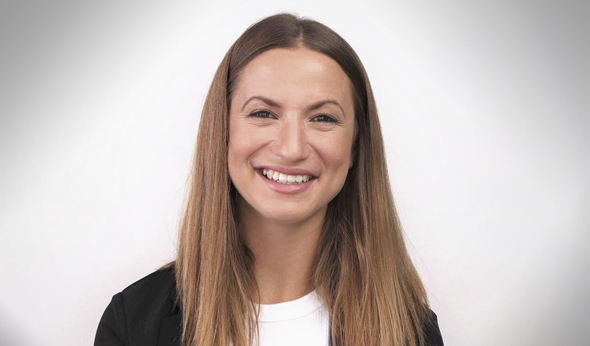 According to Inbal Chameides, schoolchildren should be taught mindfulness. “We are on the verge of the mindfulness revolution,” she told Calcalist. “In such a stressful world, it helps improve students' listening and concentration abilities and reduces33 anxiety, depression and school violence.” Chameides heads the P.I.E Challenge, a national competition to develop groundbreaking personalized learning solutions for high school mathematics with a NIS 1 million (approximately $283,000) prize. Danel Ben Namer, Revah Naki: teach finance to schoolchildren 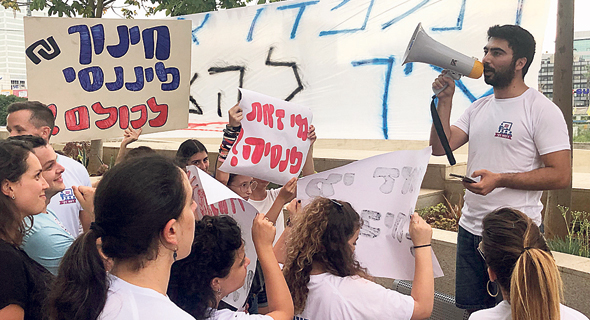 According to Danel Ben Namer, financial education should be a required course in school. Ben Namer heads Revah Naki, a social project set to promote early financial education. According to him, kids need to learn how to be smart consumers, how to manage a household budget, how to deal with banks and credit card companies, and what to look out for when taking a loan. “Financial education helps understand the meaning of debt, when to take a loan and when to pass on it,” Ben Namer told Calcalist, adding that the number one factor dissuading adults from dealing with their finances is financial illiteracy. According to Ben Namer, 20% of Israeli schools offer some financial education classes, but these programs are few and not comprehensive. He believes every high school student should get four weekly hours of financial training.

Shay Tzur, a researcher at the Bank of Israel: programming as a mandatory course 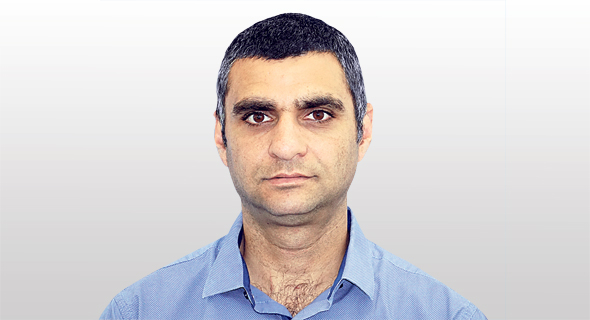 Two weeks ago, the Bank of Israel published its recommendations to increase productivity in the country. Tzur was the researcher in charge of the education chapter and one of the main issues he pointed out was a significant gap between Israel and other OECD countries in the use of digital technologies in schools. According to the 2018 OECD Teaching and Learning International Survey (TALIS), 40% of Israeli principles stated they have a shortage of digital teaching aids, compared with an OECD average of 25%. The use of computers in schools needs to become much broader and programming should be a mandatory class, not just for those majoring in computer sciences, Tzur said in an interview.

More digital teaching aids could help with the country’s shortage of quality educational staff, Tzur added. “If teachers could let some of the stronger pupils study independently on a computer, they could have more time to assist other students.”

Shirly Avargil, the Faculty of Education in Science and Technology at Technion Israel Institute of Technology: escape rooms as skill tests 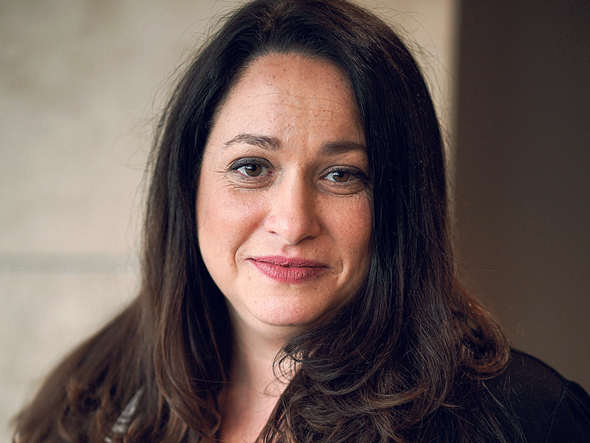 As part of an experiment, Avargil intends to construct an escape room meant to evaluate students in areas that are usually hard to grade—teamwork, creative thinking, and problem solving. “Escape rooms utilize many skills that are necessary in the 21st century and can act as an alternative to tests,” Avargil said in an interview. Yoel Rothschild, Deputy Director General and Head of the Research, Development, and Training Administration at non-state funded school and college chain ORT Israel: strengths-oriented study 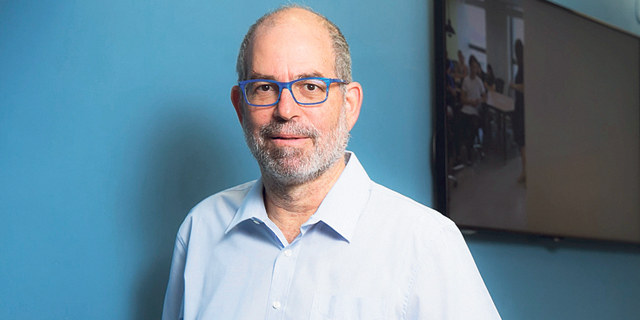 Rothschild believes the educational system tends to put too much emphasis on a student’s weaknesses instead of focusing on their strengths. In its schools, ORT attempts to map out students strengths, as individuals, as a class, and as a school.

ORT uses this analysis to group students with similar strengths and weaknesses, using the subjects they are better at to help students overcome difficulties in other subjects. “There are quite a few students that have problems in a regular class but are very good at sports,” Rothschild said in an interview. “I can have them research athletes from around the world to help them learn English or teach them sports-related physics, math, and biology.” When it comes to art, talking about colors is basically teaching science and technology, he added. Hagit Elias, CEO of Momentum The Growth Engine of Automotive Professions Ltd.: car technicians for the digital age 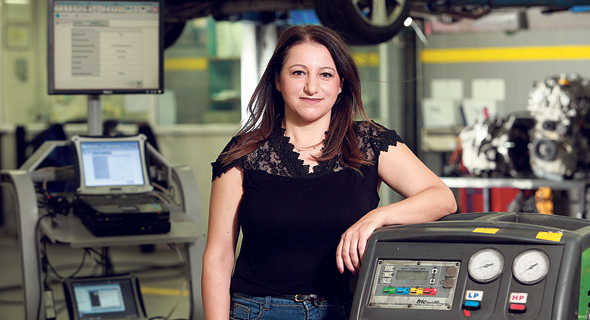 As vehicles are becoming more digital, car manufacturers, importers, and shops will need highly skilled mechanics and technicians who are digitally literate and fluent in technical English, according to Elias. Elias, who leads Momentum for the Israel Vehicle Importers Association, believes the field is suffering from a bad image and poor professional training programs, as well as a shortage of about 2,500 workers. Vocational-technical schools fail to train students for work with new technologies and to take into account promotion and advancement opportunities, which were not available in the past, Elias said in a recent interview. Momentum offers high schoolers autonomous vehicle and artificial intelligence courses, complete with advanced math and computer science studies. The program operated as a pilot in two schools last year and will run at six schools this year. Students are encouraged to pursue careers from car technician to engineer and the program is not meant to send every one of them to work at a car shop, Elias said. Ronnie Lidor, president of the Wingate Institute, Israel's National Centre for Physical Education and Sport: daily PE classes 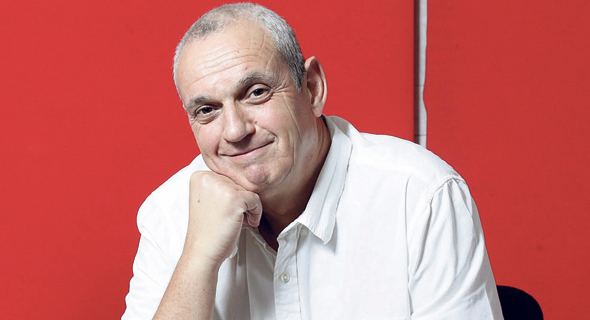 Currently, Israeli pupils only take two weekly physical education classes, but Lidor believes this number should go up to six classes a week, or one academic hour a day, even at the price of forgoing other subjects. “A large portion of the population is not physically active and in order to change this you have to start off at an early age,” Lidor said in a recent interview with Calcalist. In addition to physical exercise, these classes should include theoretical knowledge on nutrition, personal hygiene, and maintaining a healthy lifestyle, Lidor said. Physical exercise can help save on future medical treatments and also improves concentration and decision making, he said.