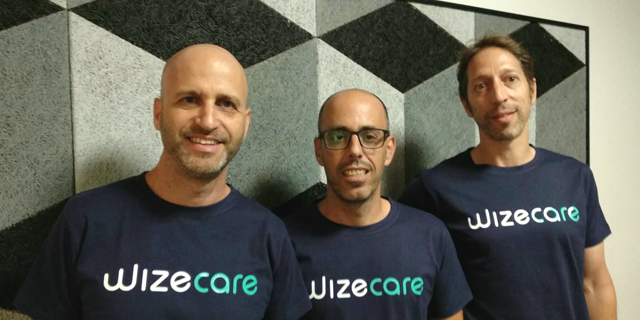 Physical Rehabilitation? There’s an App for That

As the global population ages, at-home rehabilitation and elderly care are becoming big business. Many healthcare providers and facilities are turning to digital healthcare technologies to better leverage their services and limited staff. Israeli company WizeCare Technologies Ltd. develops telecommunication-based physiotherapy and rehabilitation technology. Recently, it has partnered with the Cleveland Clinic, considered one of the best hospitals in the U.S.

A year ago, Cleveland Clinic and WizeCare joined forces for a clinical study to test the use of WizeCare’s technology with the clinic’s Parkinson’s patients. Now, they are in the final steps of signing a long-term partnership agreement that will see Cleveland Clinic adopt WizeCare’s technology and help commercialize and distribute it, with the support of a grant from The BIRD—Israel-U.S. Binational Industrial R&D Foundation.

“Our vision—and value proposition—is a single solution and vendor that covers rehabilitation and physiotherapy for almost the entire hospital, both in the clinic and at home,” Shai David, WizeCare’s co-founder and chief operating officer, said in a recent interview with Calcalist.

WizeCare was founded in 2011 by David, together with CEO Roy Shteren and chief technology officer Yoav Bachrach, as a physiotherapy clinic in the Tel Aviv area. Shteren is a veteran physiotherapist specializing in rehabilitation. David’s introduction into the field was a little different, having been injured in a car accident at the age of 17. The clinic had rudimentary computing equipment and offered patients the option of doing their rehabilitative exercises using personalized videos under the supervision of a physiotherapist instead of at home.

The clinic was created more as a calling or a vocation than anything else, David said, and initially only Shteren was fully employed with the business while the other two continued working their regular jobs. Despite receiving inquiries from quite a few interested parties over the years, it was only in early 2016 that they decided to take the plunge and turn the venture into a startup. They raised a few hundred thousand dollars and set about the development of a service that could connect physiotherapists and patients on a global scale.

“It was still very naïve,” David, adding that they were novice entrepreneurs who did not really know what they were getting into when they decided to set up a digital health startup. “The healthcare industry is very suspicious and very conservative. The banking industry is a piece of cake, compared.”

Today, WizeCare offers an app for healthcare providers that enables physiotherapists and clinicians to guide their patients during their at-home rehabilitation exercises. WizeCare creates personalized guidance videos according to the physiotherapist’s specification or the standard of care of an entire organization. Healthcare providers can also choose from an existing library of videos. The patient then receives an invitation to a tailored program created by their healthcare provider, who can track their compliance and milestones, and adjust the program accordingly. The entire process can be carried out remotely.

The platform has already been tested in two clinical studies in Israel, one of which tested adherence to at-home rehabilitation exercises with and without WizeCare’s technology. “With our service, adherence was 80%-90%,” David said, adding that the average adherence rate at home is 5%-10%. 1,000 physiotherapists are currently registered with the app, and 15,000 patients have already used it, mainly in Israel, according to David.

Today, WizeCare is in the midst of a funding round and working on the next generation of its app, which will see the smartphone or tablet camera used to track patients and offer them guidance and feedback as they perform their exercises. Healthcare providers tried two main methods before to achieve the same result, David explained. The first was motion sensing input devices like Microsoft’s Kinect, while the second was wearable sensors, but both methods failed to catch on widely due to cost, manpower limitations, and the required technological acumen that proved too difficult for the target age group, David said. WizeCare has already performed proof of concept for two exercises, he said.