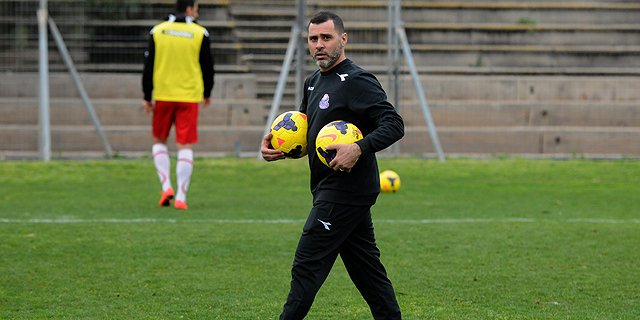 Tal Banin will work towards obtaining sole rights for CBD-infused flour, pasta, and beer products from a specific manufacturer in Italy, he told Calcalist

Tal Banin, a former captain of the Israeli national soccer team, has signed a partnership agreement with Tel Aviv-listed cannabis company Medivie Therapeutic Ltd., the company announced in a filing to the Tel Aviv Stock Exchange Sunday. As part of the agreement, Banin will lead a $4 million investment round for Medivie’s American subsidiary Medivie USA Inc., and in return will receive 3% of Medivie USA’s shares. He will also receive a monthly payment of NIS 15,000 ($4,250). Banin will also work towards obtaining sole rights for CBD-infused flour, pasta, and beer products from a specific manufacturer in Italy, he told Calcalist in an interview. It is a hot trend with much growth potential in Europe and the U.S., he said.

Formerly a company developing and manufacturing medical devices, Medivie was sold as a shelf company in November 2017 and partnered with a northern Israeli Kibbutz growing medical cannabis. The same month, it signed a $2.1 million investment deal with Amsterdam-based cannabis breeder Barney's Farm, which in exchange received 244,000 of Medivie's ordinary shares and a seat on its board.