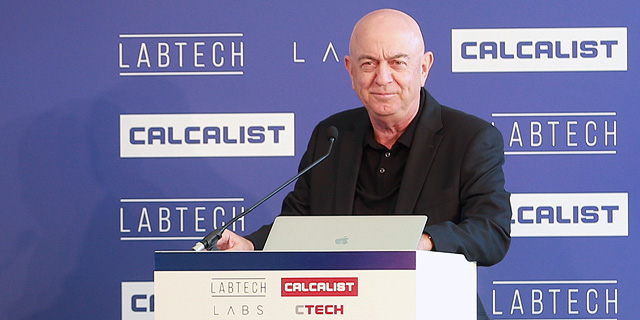 Tech Innovators Must Take a Stand Against Loose Cannon Leaders

The biggest threat to innovation and technology may well be politicians, Calcalist's publisher Yoel Esteron said at the Mind the Tech Conference, London

This is the third time we are bringing our flagship Mind the Tech conference to London. We had Mind the Tech conferences recently in San Francisco, New York, Paris, and Berlin, and we are delighted to be back here in London. This is not a political conference, so I am not going to discuss Israel’s general election that will take place next week or the election here in the U.K. Normally, it would not be the time or place to discuss Israeli Prime Minister Benjamin Netanyahu or U.K. Prime Minister Boris Johnson.

Obviously, Netanyahu, Johnson, U.S. President Donald Trump, and Russian President Vladimir Putin are not the usual suspects you expect to encounter at a tech conference. But they are here. They are present, and we cannot and should not ignore them. Politicians have made a lot of noise and damage in recent years—it is impossible to ignore them. When we first met here in London in November 2016, days after the U.S. election, we were still recovering from Trump's victory. At the time, many analysts tried to assess the impact Trump would have on tech growth around the world and we were all following the tension and nervousness in the tech sector in many markets.

Indeed, tech giants around the world still tremble whenever Trump wakes up early and angry and starts a new trade war on Twitter. It sometimes seems that the fate of the global economy may lie in the hands of people who rose to power by accident.

Many Americans, especially in Silicon Valley, believe Trump is an accident. Many tech leaders in Israel feel that the rise of the extreme right is an accident of sorts. I would hazard a guess that many people in the tech sector here in London think Brexit is an accident, too.

But most tech chiefs and stars have been watching these accidents and doing nothing. They sit on their hands, waiting for the storm to go away. Well, Trump and Putin and Turkish President Recep Tayyip Erdoğan, and the rest of the world's loose cannons are not going to disappear any time soon.

I am not looking to spoil the party when I suggest that the biggest threat to your inspiring and promising companies and startups is not competition coming from China or South Korea. The biggest threat to innovation and technology may well be politicians such as Trump, Putin, or Erdogan.

So, when we talk about global growth, we should pay attention to the quality of our political arena. The tech sector has been leading a blessed, fantastic growth, but here we are, almost eight decades after the Second World War, still living in an unstable world led by a bunch of egomaniac narcissistic figures. Well, not all of them, of course.

We cannot focus only on technology and leave politics to politicians. Some of them have declared war on democracy, some are trade-warmongers, some are racist or corrupt, and some are all of the above.

Unfortunately, they are part of the ecosystem of innovation and growth, and they have a huge, negative impact on it. That is why tech leaders must speak loudly and clearly about the dangers of disastrous politics. It is why tech leaders should become more involved in the world outside their bubbles. I have said this more than once, and I will say it again: your involvement is essential if we wish to use technology to make the world a better place. It is essential if we want to ensure that every person on this planet has a chance to enjoy the fruits of innovation.