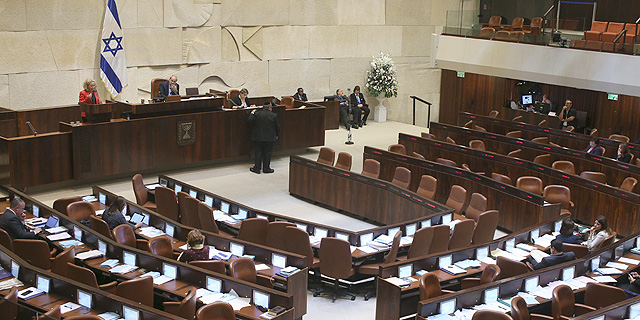 The Morning After the Election: Stability Is a Major Challenge

The new government will not have a grace period. Immediately after its establishment it will have to pass the budget and start tackling all the problems postponed following April’s failed election

Israel’s most immediate needs are unrelated to the identity of its next prime minister. They have already been discussed, identified, and detailed in many reports and studies published in the past few years. First and foremost, Israel needs stability. One of the identifying characteristics of the Israeli economy is its ability to withstand political and security related challenges. In Israel, war is always on the horizon. The average tenure of an Israeli prime minister is 2.7 years, and since 1992 no government has managed to complete a full four-year term. This unprecedented situation that saw Israelis return to cast their votes for a second time in the same year, with the threat of a third election still looming, is a serious risk to the country’s economy.

Political instability has a steep financial price, as can be seen in the U.K. since Brexit was announced. The reason is not Brexit itself, but the fact that the markets cannot predict whether it will actually happen, if so, how it will happen, and whether the country’s leadership will once again change before the U.K.’s separation from the European Union is complete. The U.S.-China trade war contributes to Israel’s precarious situation, as the global uncertainty causes some companies to refrain or cut down on long-term investments. The new government will receive a relatively strong economy, but with an out-of-control government deficit that has already surpassed the legal threshold by NIS 14 billion ($3.95 billion). If no drastic steps are taken to mitigate it, that sum will balloon to NIS 22.6 billion ($6.38 billion) in 2020 and NIS 27 billion ($7.62 billion) in 2021. To make matters worse, economic growth is expected to be slower, the increase of available jobs seen in recent years is expected to halt, and job market participation in expected to go down. The professional staff of the Israeli Ministry of Finance, the Bank of Israel, the OECD, and the international monetary fund are all of the same opinion: taxes in Israel need to be raised, and cuts need to be made to the government budget. And it needs to be done while still somehow encouraging growth in the economy. The problem is that Israelis have fallen in love with tax reductions, but at the same time are demanding more—more services, more public transportation, more hospital beds, less crowded classes at schools, better infrastructure. Both demands cannot coexist for long. The Israeli military and security agencies will demand budget additions. The civil expense per capita in Israel—excluding defense-related spending—is $11,700, less than two-thirds of the OECD average, which stands at $18,600, putting Israel fourth from the bottom. Social government spending in Israel—welfare grants, elderly support, etc.—stands at 16%, compared to an OECD average of 20%. The claim that Israelis pay very high taxes needs to be put in context: Israel’s income from taxes is 32% of the GDP, compared to the OECD average of 34%. Income tax now accounts for 11.6% of the GDP, an all time record for the country but similar to the OECD average. Israelis need to understand there are no free meals. Those who want shorter waiting lists to see an expert doctor are facing one of two choices: either pay a lot of money to a private insurance company, which will result in low returns, or pay a higher national healthcare tax and strengthen the national healthcare system. The strategy for the needed changes will be decided by Israel’s political leadership, but it is the professional ministerial staff that must helm and execute it. The politicization of government work has already cost Israel dearly. The senior ministerial executives always knew how to stay politically neutral, but in recent years, especially under the last government, they have been dealt a hard blow by being accused of political disloyalty and being neutralized of much of their power. The balance that has always existed between the political leadership and the professional executives has been violated, citing the need for increased governance. Those who claim that putting political appointees in key positions and choosing people with no professional and management experience will improve the situation are wrong and misleading. Appointing intimidated, weak yes men who have personal or political ties to the government, who will put the personal interests of those who appointed them ahead of the interests of the public, could have far-reaching negative impacts on the Israeli economy. Only a strong professional ministerial staff, chosen for its skills and not its connections, could adequately execute the daunting challenges Israel and its economy are facing. If it will be further weakened by temporary appointments or nepotism it will only hurt Israeli interests in the long run.