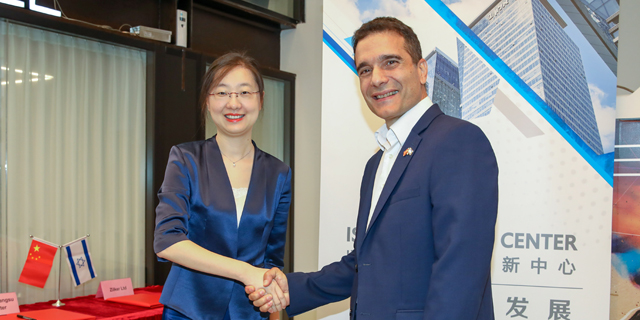 China’s Jiangsu Province has launched a Tel Aviv innovation center, the Israel-Jiangsu Center, on Wednesday, the center announced. The center is designed to host Israeli startups as well as Chinese companies scouting for local technologies. It was set up by the Changzhou, Jiangsu-based Wujin Hi-Tech Industrial Zone, which is already collaborating with Israel’s Innovation Authority (IIA) on the China Israel Changzhou innovation park Initiative, set up to promote joint tech ventures. A delegation of Jiangsu government officials attended the inauguration event, as did former Israeli ambassador to China and chairman of the Israel Asia Chamber of Commerce Matan Vilnai, and the Chinese embassy in Israel’s science and technology counselor Cui Yuting. Israeli entrepreneur Ilan Maimon will serve as the managing director of the new center.

Jiangsu is one of China’s main tech and business hubs, and the local government has been active within the Israeli tech ecosystem in recent years, having backed 65 research and development joint projects, according to the Israel-Jiangsu Center. More than 80 Israeli companies are currently operating in its city of Changzhou, including pesticides manufacturer Adama Ltd., the result of a 2017 merger between Israel-based Adama Agricultural Solutions Ltd. and Chinese pesticide producer Hubei Sanonda Co. Ltd., a subsidiary of chemicals company China National Chemical Corporation, also known as ChemChina.