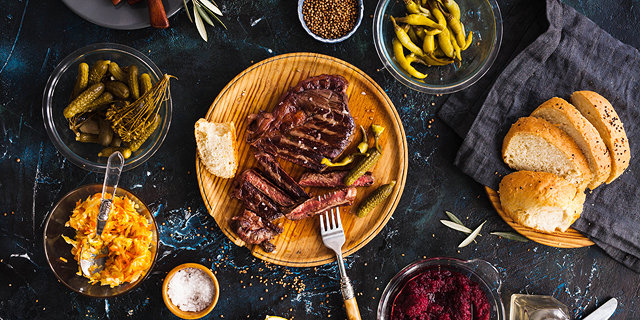 In 2013, Israeli foodtech startups raised a combined total of $52 million; so far in 2019, local foodtech companies have raised $135 million

In Israel, investment in the foodtech industry has nearly tripled over five years, according to data released Monday by the Israel Innovation Authority (IIA), the government’s tech investment arm. In 2013, Israeli startups in the industry raised a combined total of $52 million. Since the beginning of this year, local foodtech companies have raised a combined $135 million. There are currently approximately 250 local companies developing food-related technologies, according to IIA statements. "The world is getting older with a much larger population and fewer resources to grow food," Tzachi Schnarch, the chief technology officer of the IIA said in a statement. “There must be technological solutions and Israel is in a good place for companies looking for innovation in this area,” he said.

The consortium was created in response to a government-backed plan to establish a foodtech hub in Kiryat Shmona, a town on Israel's northern border. In June, Finistere Ventures, OurCrowd, Tnuva, and Tempo won a bid to operate an incubator as part of the hub. The northern foodtech hub, announced in 2018, is part of the Israel Initiative 2020, or ii2020, to incentivize startups and tech companies to launch activity in Israel's north and south regions.