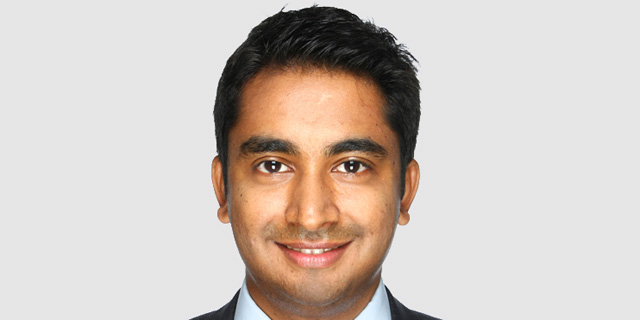 Singapore's governmental holding company Temasek Holdings (Private) Ltd. is looking into Israel's agtech and foodtech sector for investment opportunities, according to Anuj Maheshwari, managing director of agribusiness and Middle East and Africa for Temasek. Maheshwari is part of a seven-person Temasek delegation that arrived in Israel this week to scout for potential investments in these fields. The company’s net portfolio is valued at $231 billion, according to previous statements. Temasek is primarily interested in companies operating in the areas of farming innovation and sustainable protein, as well as new technologies for producing safer, more nutritious foods, Maheshwari told Calcalist in an interview Tuesday. "A lot of innovation in this area has historically come from Israel," he said. Temasek is at the moment actively pursuing several such investments, Maheshwari said, adding that it is too early to reveal any information about the deals in question, but that he expects that some of the deals will materialize in 2020.

Singapore is not a major producer of food, which is why it was relatively late to develop an interest in food and agricultural innovation, Maheshwari explained. While Temasek is no stranger to investments in the Israeli market, its focus has traditionally been on cybersecurity and IoT companies. Temasek has backed Israeli cybersecurity startup foundry Team8, and last year acquired Tel Aviv-based cyber consulting company Sygnia Inc. for an undisclosed amount. Earlier this month, Temasek-backed Tel Aviv-based venture capital firm Red Dot Capital led a $22 million investment round in Israeli shopping automation startup Trigo Vision Ltd. Temasek is also active in Israel through subsidiary Vertex Ventures Israel. Last year, Vertex was found to be one of Israel’s most active venture capital firms, according to a report by Tel Aviv-based research firm IVC Research Center, having made 11 first investments in 2018.

Temasek's added value as an investor, according to Maheshwari, is in its ability to serve as a gateway to other Asian markets. "Particularly in food, there is so much local nuance," he said. "Everything must be customized, and for that you need to have local partners."

Successfully adapting food technologies to new markets is the biggest challenge facing Israeli entrepreneurs in the sector, according to Maheshwari. "Take (Israeli lab beef company Aleph Farms Ltd.) for example. I hear great things about them. But the question is, are consumers and regulators going to allow cell-based meat?" When it comes to lab-cultured meat, Maheshwari said, some people are intrigued, some run away from it, but not many are jumping with joy. According to him, regulators in China have coined a term for lab-cultured meat that could be translated as "fake meat." "If that is the name of the product, then forget about the industry ever taking off," he said. Companies looking to bring innovation to new markets need to be prepared to win over consumers from the get-go, he said, "but if you are sitting here, no way are you going to be able to influence the local regulation over there." On Tuesday, Temasek announced it had made a commitment to the Trendlines Group Ltd., a Singapore-traded Israeli tech commercialization firm focused on the commercialization of startups in the fields of medtech and agtech. Together with Librae Holdings Limited, an investment entity linked to British billionaire Vincent Tchenguiz, Temasek committed $22 million towards Trendline's new Singapore-based venture fund, Trendlines Agrifood Pte. Ltd. As part of the deal, Maheshwari said, Trendlines will set up a local presence in Singapore, where it will work to promote Israeli companies trying to break into Asian markets.