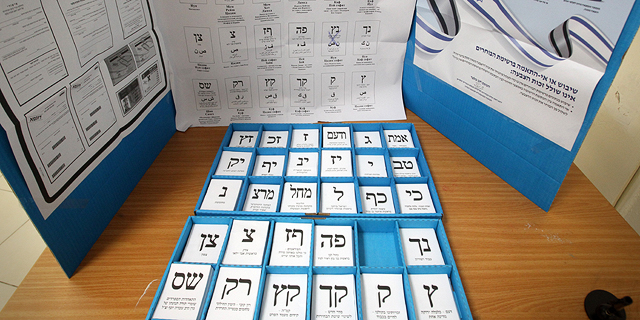 On the eve of the Jewish New Year (Rosh Hashanah), Calcalist reporters looked back on the people who shaped the year that is now drawing to an end

On the eve of the Jewish New Year (Rosh Hashanah), Calcalist reporters looked back on the people who shaped the year that is now drawing to a close. Marked by two Israeli general elections and by political unrest both in Israel and globally, the ending year has been molded to a great extent by politicians. That said, it also saw impressive technological achievements, gainfull exits, and painful declines. See the full list below.

41. British Prime Minister Boris Johnson and his predecessor Theresa May.

44. Member of the Israeli parliament Ayman Odeh, head of The Joint List, comprising of four Arab-dominated parties represented in the Israeli Knesset.

49. American businessman Nathan Milikowsky, who is a cousin of the Israeli prime minister and one of his beneficiaries.

52. President and CEO of Beyond Meat Ethan Brown.

55. Shaul Meridor, head of the budget department at Israel's Ministry of Finance.

57. Eran Yaakov, the director-general of the Israel Tax Authority.

60. Yogev Gradus, deputy director of the budget department at the Israeli Ministry of Finance.

68. A parental protest over preschool education in Israel.

69. The Chinese infrastructure companies that are investing in Israel.

70. Efi Nave, the former president of the Israeli Bar Association, and Avi Himi, who was elected as his replacement in June.

81. Ram Belinkov, chairman of the board of directors of Israel-owned company NTA-Metropolitan Mass Transit System Ltd.

92. Adam Neumann, co-founder and former CEO of WeWork, who was ousted from the company in September.

93. Yiftah Ron-Tal, chairman of the board of the Israel Electric Corporation.

94. Solomon Tekah, an 18-year-old member of the Israeli Ethiopian community, whose fatal shooting by an off-duty cop in July sparked a country wide wave of protests.

97. Nechama Rivlin, the wife of current Israeli president Reuven Rivlin, who had passed away in June following a long struggle with lung disease.