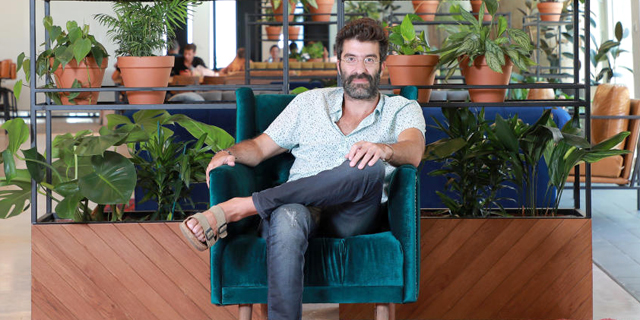 The deal, expected to be signed in the upcoming 24 hours, values the web and mobile monetization company at $1.55 billion, according to two people familiar with the matter who spoke to Calcalist on condition of anonymity

Private equity firm CVC Capital Partners is negotiating a deal to acquire a 25% stake in web and mobile monetization company IronSource Ltd. for $450 million, according to two people familiar with the matter who spoke to Calcalist on condition of anonymity. The deal, which values IronSource at $1.55 billion, is expected to be signed in the upcoming 24 hours, the people said, adding that the company is expected to hand out $100 millions-worth of dividends to shareholders before the deal is complete.

The negotiations almost came to an unsuccessful end two months ago due to disagreements over IronSource's valuation, which has since been resolved, the people familiar with the matter said. If completed, the deal is expected to be the biggest secondary deal of an Israeli company. CVC will become IronSource's largest shareholder, but its founders will keep a controlling share with a 45%-50% stake held between them, down from the 60% they currently hold, according to the people. The company's employees, which hold options worth $25 million, will also take part in the sale.

The CVC sale is expected to be the last funding IronSource raises before its initial public offering, scheduled for the second half of 2020. The company, which is expected to see revenues of around $1 billon for 2019 with an EBITDA of $150 million, expected to see its revenues and profit grow by its IPO. Its net profit for 2019 is estimated at $120 million to $130 million for 2019, according to the people familiar with the matter, and the company has no debt.

Founded in 2009, IronSource was originally a download optimization software developer, which shifted its focus to rewarded ads following a series of acquisitions between 2013 and 2016. The company has received several acquisition offers in the past but rejected them due to low valuations. The company raised a single round of $105 million to date and made almost all of its nine acquisitions as stock deals. Its 2015 merger with Israel-based Supersonic created Israel's largest web company. IronSource is based in Tel Aviv with 13 additional offices in San Francisco, New York, London, and Asia, and has 850 employees, most of them in Israel, and half employed in research and development.

IronSource co-founder and CEO Tomer Bar Zeev currently holds an 11% stake in the company, as do co-founders Eyal, Itay, and Roi Milrad. Co-founders Tamir Carmi, Arnon Harish, Nethanel Shadmi, and Omer Kaplan hold 4% each, not including options. They are expected to receive $250 million from the sale in total. IronSource's current largest investor, Israel-based Viola Ventures, is expected to see its stake reduced from 13.5% to 10.1%. IronSource handed out three dividends to date, meaning all of its investors have already seen their investment fully returned. If the company does hand out a fourth dividend of $100 million, it will still have $150 million left in its coffers for future acquisitions.

CVC, founded in 1981, is one of the world's largest funds, with over $129 billion raised in commitments and around $82 billion in assets under management, which include Formula One, Swiss luxury watchmaker Breitling SA, and luggage manufacturer and retailer Samsonite International S.A. Though active mostly in Europe and Asia, CVC has held negotiations for several acquisitions in Israel, most of which hadn't panned out—including for medical and aesthetic laser company Lumenis Ltd. and drugstore chain Super-Pharm. CVC acquired some of Teva Pharmaceutical Industries Ltd.'s women’s health business in 2017.