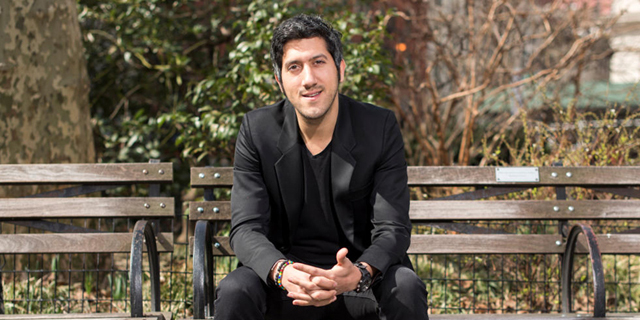 The Merged Taboola-Outbrain Wants to Take on Facebook and Google

Taboola.com Ltd. and Outbrain Inc. started their merger negotiations in March, but the real breakthrough happened in October, Outbrain co-CEO David Kostman told Calcalist in an interview Thursday. Taboola and Outbrain had been neck to neck through most of their lifespan, but in recent years Taboola has outpaced Outbrain to become significantly larger in both manpower and revenues. Despite Taboola having the upper hand, the leaders of both companies state the deal is a merger, not an acquisition. “It is a merger of two managements and two companies into one,” Taboola founder and CEO Adam Singolda explained, adding that the integration process will occur over the upcoming year.

According to Singolda, the merger is the result of a desire to establish a company that could provide an alternative to giants Facebook and Google. “We can offer publishers, small businesses, and growing businesses a way to grow beyond Facebook and Google,” he said. Together, the merged entity will have over 2000 employees and forecasted revenues of $2 billion at the end of 2019, but the divide between Taboola-Outbrain and Facebook and Google is vast when it comes to advertising, Singolda said. “We have tens of thousands of advertisers who work with us, Google and Facebook have millions. The only way to give them a good fight is to make advertisers consider advertising via the press as well.” Shareholders will retain their shares in the company following the merger, Kostman said. Though some will receive cash for their shares, many of the shareholders believe in the company and want to remain with it long-term, he added.

Outbrain co-founder and co-CEO Yaron Galai told Calcalist he is committed to the merger and will remain to ensure it is successful. Singolda will continue as the CEO of the merged entity, which will operate under the Taboola brand. According to the agreement, Outbrain’s shareholders will receive a 30% stake in the company as well as $250 million in cash.