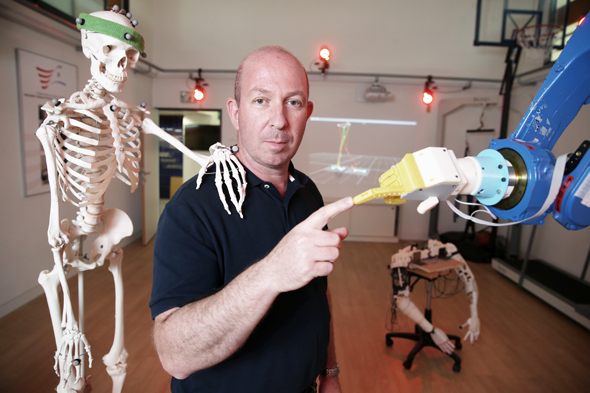 The Technion’s Secret Project: Israeli Medals in Tokyo and Paris

Many factors account for the dominance of the Great Britain cycling team in the last two Olympics. Strategic investments in sports made by the government ahead of the 2012 London games proved fruitful, as did a special focus on cycling, the hiring of experienced trainers, and an incredibly talented generation of young riders. And, it appears, obsessive hand washing.

The Great Britain cycling team is uncompromising when it comes to keeping their hands clean. The team’s sports scientists are adamant that hand washing is the most efficient way to cut down on viruses and bacteria and avoid infection—a critical objective during the Olympics. A study conducted by the International Olympic Committee found that 7% of competitors in the London games suffered from a medical condition during their competition, be it a cold or food poisoning, which could affect performance. Hand washing is part of the general “marginal gains” philosophy of British cycling guru Sir David Brailsford.

A study conducted several years ago at Stanford University discovered that increasing the average sleeping time from 6.5 hours per night to 8.5 hours improved the basketball team’s throws by 12% and the speed of athletes sprinting 80 meters by 13%. A performance increase of 12%-15% is usually attributed to performance-enhancing drugs—meaning a good night’s sleep can have a crucial impact. This explains why the Great Britain cycling team uses specially developed mattresses and pillows, and why all the big sports teams employ sleeping specialists. The Technion has a sleep lab, and the Olympic committee has been collecting sleep data from its athletes, so some improvement might be expected in that area. As far as its preparation for the Paris 2024 games, the Technion’s researchers want to keep their efforts under wraps. Among the technologies we can expect are computer simulations to assist surfers, wind tunnels, and technologies borrowed from the auto industry, following a lengthy conversation with the head designers at Ferrari.