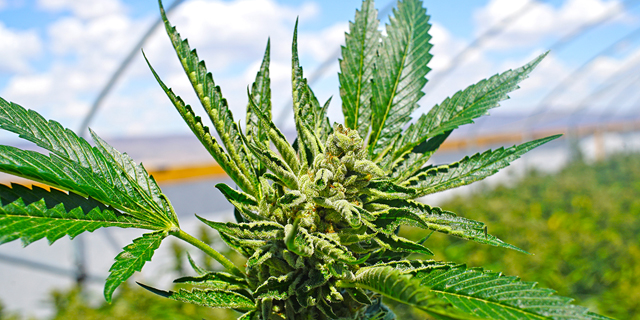 Israel’s Medical Cannabis Reform Continues to Benefit Nearly No One

Coming into full effect in September and intended to help standardize the industry, the reform has so far resulted in market shortages and hiked prices

Israel’s medical cannabis patients are making another step in their battle against the country’s new regulation, which came into full effect in early September. Intended to help standardize the industry by requiring more stringent quality control and adding pharmacies as middlemen between growers and patients, the reform has so far resulted in market shortages and hiked prices. Now patients are demanding that pharmacies hand all their unstandardized supply back to the growers. Before the reform, patients with a medical cannabis license paid a fixed sum of NIS 370 (approximately $105) a month regardless of the amount they were prescribed. Now, pharmacies charge NIS 180 (approximately $51) per 10 grams, meaning anyone buying over 20 grams is paying more than they did before the reform. Additionally, the Ministry of Health has forced growers to hand over all product that does not meet the new quality standard, to accustom patients to the new procedure.

Israel’s medical cannabis patients have petitioned Israel’s Supreme Court some months ago to put a stop to the new regulations. The court has ordered the ministry of health to extend all pre-reform patient licenses until March 2020, enabling those patients to continue buying cannabis products according to the old pricing and standard. Last week, Israeli nonprofit the Medical Cannabis Association sent a letter to all growers, stating that despite the court order some growers have refused to comply and supply product according to the old prices. In the letter, the association threatened to appeal the court to hold violating growers in contempt. Now, the association is taking its battle to the pharmacies. On Friday, the association sent a letter to umbrella organization the Pharmaceutical Association of Israel, stating that according to the court ruling they must either return all non-standardized cannabis product to the growers or sell it according to the old prices. Pharmacists must comply with the court order, which “supersedes any administrative directive to the contrary,” the letter said. David Papo, chairman of the Pharmaceutical Association of Israel, told Calcalist that the pharmacists are but the messengers. It is the growers who are deliberately creating shortages and hiking prices, he said, and the pharmacists are forced to sell according to the prices imposed by the growers.

The pharmacists put the blame for the shortages on the growers when the latter did not hand over their non-standardized supply, and now when the supply has been handed over, they still blame the growers, Dana Bar-On, the founder and CEO of the Medical Cannabis Association, told Calcalist. But the growers are not the only ones at fault for the shortages and the exorbitant prices, Bar-On said. “These are non-standardized products that still fall under the old regulation that are now sold in pharmacies,” she said. “The absurdity eclipses all logic.”

Though no grower has agreed to go on record, several growers who talked to Calcalist on condition of anonymity described their situation as being between a rock and a hard place. They comply with the regulator and the law, they said, but the regulator has “seized” all cannabis products and handed them to the pharmacies, even the non-standardized product that the Supreme Court has ordered could still be supplied outside of pharmacies. It is the health ministry in its role as the regulator that must solve the situation, they said.