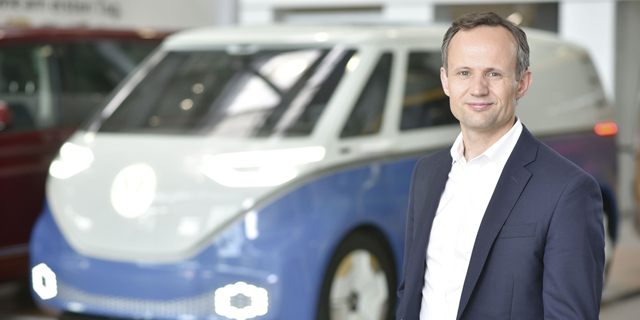 The Volkswagen Group is set to begin testing an autonomous version of its electric vehicle I.D. Buzz in Tel Aviv in 2022, Alexander Hitzinger, senior vice president of autonomous driving at the Volkswagen Group, told Calcalist in a Monday interview. As part of the plan, Volkswagen is looking to test 50 to 100 vehicles, first with backup drivers and later fully autonomously, Hitzinger said.

On Monday, Volkswagen announced the foundation of autonomous vehicle subsidiary Volkswagen Autonomy GmbH (VWAT GmbH), led by Hitzinger. The subsidiary will have offices in Munich and Wolfsburg, with a Silicon Valley office planned for 2020 and a China office for 2021. 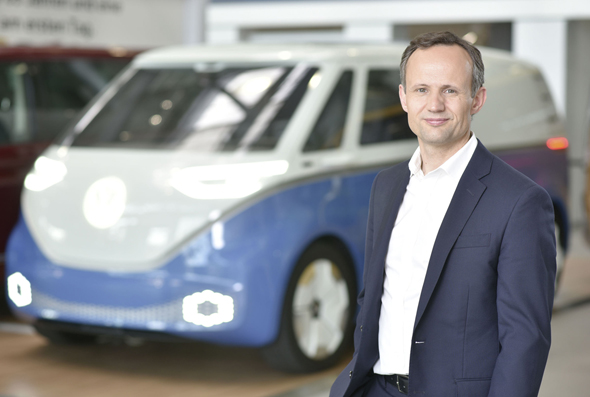 Hitzinger has a central role in Volkswagen's Israeli robotaxi venture, a collaboration with Israeli automotive chipmaker Mobileye, which was planned to launch in Tel Aviv by the end of the year. Volkswagen, Mobileye, and Israeli car importer and distributor Champion Motors Ltd. first announced the venture in October 2018, stating their intention to have level-4 autonomous robotaxis on Israeli roads as early as 2019 and attain full commercialization by 2022. That timeline has since been extended. A fully autonomous vehicle that can operate anywhere and tackle any driving condition is still a big challenge, but they don't have to solve the entire problem, Hitzinger said. "If we can allow the vehicle to be autonomous in certain areas and under certain conditions, that is enough for a business model," he said. Hitzinger added that testing will be limited to predetermined roads and that the vehicle will be tested alongside regular cars. "People expect autonomous vehicles to not be responsible for a single accident," he said. "It is hard to reach 100%, but our vehicle will be 99.999% safe." According to Hitzinger, the chicken and egg problem applies to autonomous vehicles. It is hard to develop an affordable autonomous vehicle without manufacturing it in large numbers, and it is hard to manufacture in large numbers because these vehicles are so expensive, he said. This is why an autonomous vehicle-as-a-service is a more economically sound model. Hitzinger estimates that Volkswagen will begin offering autonomous driving services by 2025. It will be a few more years before Volkswagen starts selling autonomous vehicles to the public, at first, as a luxury vehicle, he said. Hitzinger said Volkswagen selected Tel Aviv as a testing ground due to regulatory openness towards smart mobility technologies and because the weather is convenient. That, he said, and the fact Mobileye is here. "Mobileye will be responsible for all the autonomous technology, and Champion Motors will operate the fleet," he said. "We will just supply the vehicles." To be economically viable, Volkswagen's robotaxis will have to be on the road for most hours of the day and rely on fast charges, which could ultimately shorten battery life. "One of our challenges is improving battery chemistry so it can better withstand the fast charge," Hitzinger said, adding that he expects to start seeing hydrogen-fueled vehicles soon, which will be more efficient for trucks in the long term. Even with advancements in autonomous driving technology, Hitzinger believes there will still be a market for privately owned cars. "There will always be those who want their own vehicle, people who drive a lot or those who live in areas where public transportation services are inefficient," he said. The day when people stop driving altogether is still far away, Hitzinger said. "It'll take a few decades to replace all existing vehicles with autonomous vehicles," he said. At the end, he said, people will stop driving for economic reasons, as insurance for autonomous vehicles will become much cheaper than for human drivers.