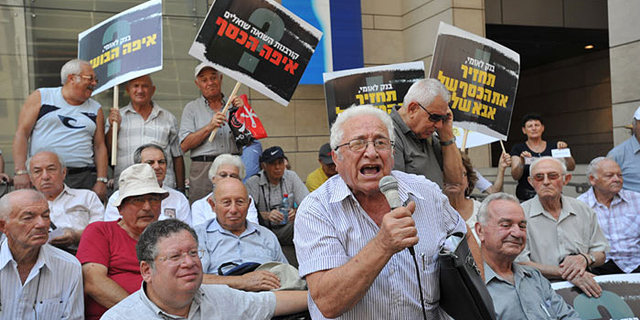 Many Jews deposited their money in the bank on the eve of the Second World War, but the bank piled numerous difficulties on survivors and heirs looking to get their money back after it ended

An expert opinion submitted to an Israeli court claims Israel’s Bank Leumi is hoarding between NIS 172 million (approximately $50 million) and NIS 414 million (approximately $118.5 million) belonging to Holocaust survivors, victims, and their heirs. On the eve of the Second World War, many European Jews deposited money with the Anglo-Palestine Company, founded in 1902 as a subsidiary of the Jewish Colonial Trust Ltd., renamed Bank Leumi in 1950 following the establishment of Israel. In 2007, after a parliamentary committee on the rights of Holocaust survivors produced its findings and a legal ammendment was passed regarding the assets of Holocaust victims, the bank was accused of holding on to much of that money. 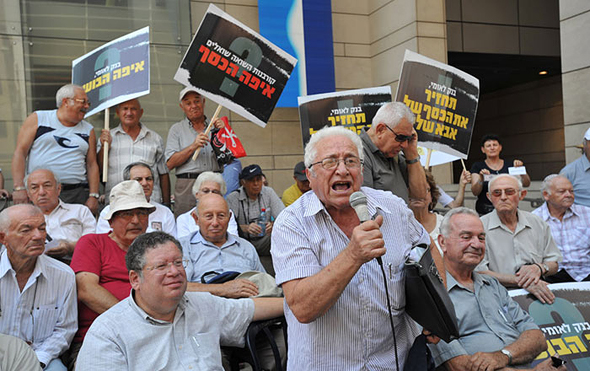 In 2015, the son of two Lithuanian Holocaust survivors filed a NIS 150 million (approximately $38.5 million at the time) class action suit against the bank, claiming the bank returned only 30% or less of the money it held to its rightful owners. The bank refused to accept expert opinions in the case, leading to the involvement of Israel’s attorney general. In August, Tel Aviv district court judge Rahamim Cohen agreed to accept an expert opinion from accountant and auditor Yehudah Barlev, who was the investigative auditor for the parliamentary committee in 2000-2005. In his recent response, reviewed by Calcalist, Barlev gave the above mentioned estimate and stated that in order to calculate the exact sum being held by the bank, he would need to get access to the bank’s documentation. Barlev further stated that the bank unequivocally benefited from the money Jews deposited before the Holocaust, which carried almost no interest, and that the bank used it to achieve a 330% increase in net profit between 1933 and 1950. At the same time, he said, following the Second World War, the bank piled bureaucratic trouble on survivors or heirs who wanted to withdraw those funds, or returned the money, but in nominal values due to high inflation rates. There is no doubt that Leumi undertook a policy of concealment and made any attempt to find relevant documentation on the issue more difficult, Barlev wrote. Over a period of decades, the bank did not take any action to find the rightful owners of the money it was holding, nor did it take any action to make the matter known publicly, he added. A spokesperson for Leumi told Calcalist the bank will study the matter and respond in court.

1.
Dr.
Not a surprise. This is the underbelly of so-called Zionism. If I had stock in Bank Leumi, I would sell it now, before the bank has to pay up. On the other hand, if the charges didn’t stick several years ago, why would they stick now? One question I would ask the judge assigned this case: Do you have any financial connection to Bank Leumi so that s/he can recuse her/himself — strangely enough, something rarely heard of in Israel. Or not so strangely. Just another bit of corruption...