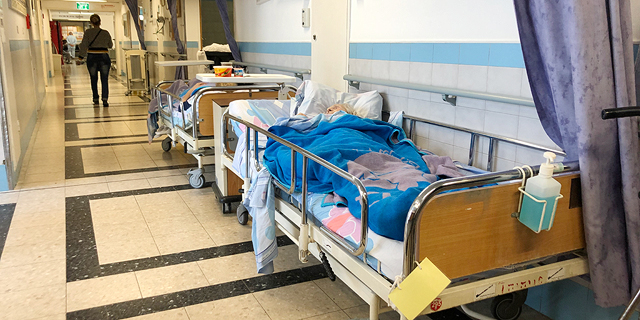 Israel Excels in Health, No Thanks to Government Spending, Report Says

Israel’s medical prowess has little to do with governmental financing, thank you very much. According to the OECD’s Health at a Glance 2019 report, published Thursday, Israel’s health expenditure is some of the lowest among surveyed countries, yet its population’s health is among the best. Looking at just a few examples, the average Israeli lifespan is 82.6 years, above the OECD average of 80.7 years, placing Israel in the top 10 OECD countries in the category. Premature deaths, referred to as avoidable mortality, stand at 134 cases per 100,000 people, compared to the OECD average of 208 cases, awarding Israel the second place among all surveyed countries, just below Switzerland. 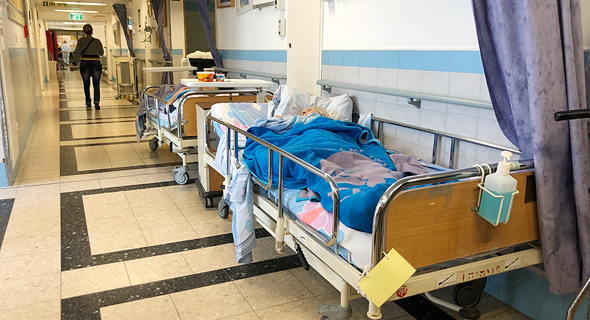 But the Israeli national expenditure on health is $2,780 per capita (in terms of purchasing power parity), compared to the average expenditure of OECD countries, which stands at $4,000, a 44% difference. The average OECD expenditure is 8.8% of gross domestic product, while Israel’s is 7.5%, a 1.3% difference that translates to NIS 16 billion (approximately $4.58 billion) in absolute terms. Israel has 3.1 doctors per 1,000 people, below the OECD average of 3.5. The disparity is larger when it comes to nurses: 5.1 per 1,000 people compared to the OECD average of 8.8, placing Israel in the bottom five on the OECD ranking. Government expenditure data paints an even more unusual picture: of the national expenditure on health, only 63% comes from the government, while the rest is paid by Israelis out of pocket, post-taxes. This is one of the lowest government expenditures among OECD countries, where the average government expenditure recorded is 73%. The conclusion is that not only do Israelis spend relatively little on their health, but the country’s government also spends very little. In some areas, government support is especially terrible, such as dental health, where the government funds just 2% of all expenditure, almost the lowest OECD rate, topping only Mexico. One of the interesting sections in the report has to do with quadrant charts, which describe a correlation between the resources invested in the healthcare system and various variables, and illustrate that, in general, the more resources invested, the higher the performance. Israel’s performance is notable because despite its relatively low expenditure it almost consistently places in the higher quadrants in terms of performance. The OECD data also shows a positive relationship between expenditure and between life expectancy and avoidable mortality. The OECD’s economists repeatedly warn that the organization’s data reveals statistical correlation but does not imply causation. The obvious question, therefore, is what Israel’s decision-makers can learn from the report and what conclusions should they draw from it. Should the healthcare budget increase, or should it stay the same? The answer, as usual, depends on who you ask. The Israeli healthcare system is subject to constant censure from the Israeli public and media, who critic its long waiting lines, the low number of health professionals available, and the general condition of Israeli hospitals. Israeli Prime Minister Benjamin Netanyahu spoke on the issue several months ago, stating that while he has been told that 7.5% of the GDP is too low, he looks at output, not input. From that viewpoint, Israel may not be first place globally, but it is very near to it, he said. “Japan outpaces us, but they also spend a lot more,” Netanyahu said. “So, at 7.5% of GDP, we get amazing results.” Meaning, basically, if it ain’t broke, don’t fix it. A different approach is championed by Moshe Bar Siman Tov, director-general of the Israeli Ministry of Health. In an interview with Calcalist following the publication of the report, Bar Siman Tov said that the data shows that Israel’s healthcare system is not just excellent but it is also efficient. The utilization of the money invested is maximal, which is why Israel can achieve such good results with so little investment, he said, adding “now imagine what results we could achieve if the government would invest another NIS 3 billion or NIS 5 billion in healthcare.” It seems each side sees a winning argument in the OECD’s data: those who think Israel’s health expenditure is sufficient are validated, as are those who think that Israel must invest more in health. Neither side, however, is considering one thing: the OECD is updated up to 2017. It doesn’t take into consideration the decline the Israeli healthcare system has experienced in the past two years. In another two years' time, the situation may look very different, and by then fixing it could be a lot more difficult.