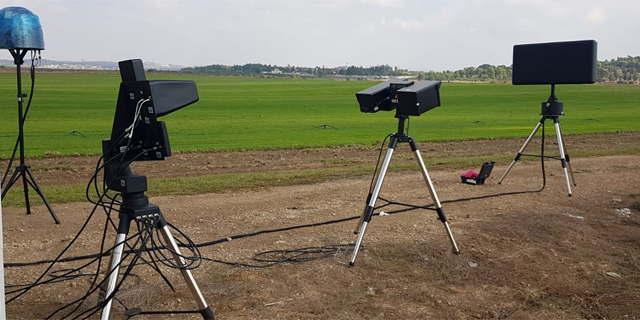 Thailand’s navy has recently acquired a counter-drone system from Israel-based Skylock Systems Ltd., the latter announced Sunday. While the financial details of the agreement were not disclosed, a person familiar with the matter who spoke to Calcalist on condition of anonymity valued the deal at NIS 15 million ($4.29 million).

The Thai Navy will receive the counter-drone system within the next eight months, according to the agreement.

Skylock was founded in 2018 by the Avnon Group and is based in central Israeli town Petah Tikva. Its system enables security teams to locate and capture unauthorized drones once one has been detected. The specific system acquired by the Thai navy is designed to protect naval ports and has an operating range of 10 kilometers intended to protect their airspace. This is not the first time Thailand has turned to Israel for counter-drone systems. In January 2018, Calcalist reported that a short-range drone defense system developed by Israeli arms manufacturer IMI Systems Ltd. (Israeli Military Industries) was used for the first time by the Thai Air Force.

2.
Sky Lock Brought to Court in Thailand
For your information, Sky Lock couldn't deliver as promise and now Thai Government is suing them. Kindly update the real news and happening.
1.
Thailand Navy Suing Skylock for Non Delivery of Anti-Drone System
Updated news. Skylock was unable to delivery a single anti drone system as per agreement with Thailand Navy. The Government of Thai is currently pursuing legal action against Skylock.