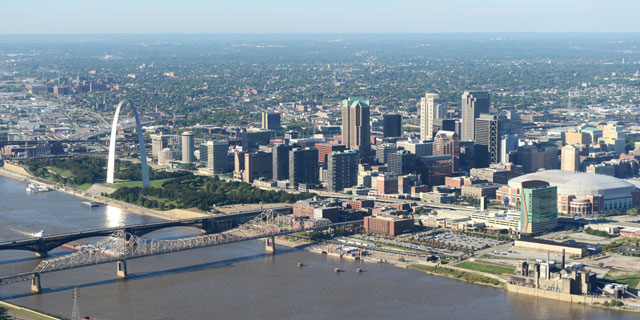 Tens of millions of dollars placed by the Israeli upper echelon at the hands of T.E.H. Realty for investments in U.S. real estate are at risk as employees aren’t paid and trash piles up around the properties

In recent years, many Israelis were tempted by promises of low interest rates and great returns made off the sizzling U.S. real estate market. But some of those so-called opportunities have since ended—or are in the process of ending—as a big disappointment The fallout, it seems, does not discriminate based on social class. Many of Israel’s upper echelon, private investors and seasoned veterans of the real estate market, are currently biting their nails worrying over the tens of millions of U.S. dollars they invested in American multi-family residentials via real estate company T.E.H. Realty, according to several people who spoke to Calcalist on condition of anonymity. Behind T.E.H., which was founded in 2010 and specializes in multi-family residential buildings in middle and lower class areas, are two Israeli entrepreneurs: Gilad Israeli and Eliran Rabin. Israeli worked as a lawyer for years before pivoting to real estate, while Rabin boasts years of experience in Israeli and American real estate, with a focus on the American midwest. The two managed to earn the trust of many well-known investors.

Earlier this month, Oklahoma’s News 4 channel interviewed T.E.H. employees in the St. Louis area who claimed they have not been paid their wages. They further claimed that representatives of the company showed properties to the employees and told them that their paychecks depend on whether investors backed those properties or not, and that they were preparing properties for sale. News 4 further reported that employees said that T.E.H was not providing potential investors with clear information about the properties. The channel also reported a class action lawsuit had been filed against T.E.H. due to the unmaintained condition of its properties, which included mold and unevacuated trash. The channel has stated complaints about T.E.H.’s conduct date back to 2018. Some private Israeli investors were exposed to T.E.H. via real estate investment firm Iintoo Investments Ltd., until recently chaired by Dov Kotler, now the CEO of Israeli Bank Hapoalim. According to people familiar with the matter, Iintoo invested around $8 million in three projects spearheaded by T.E.H. in the U.S., but in recent months noticed increased vacancies at the assets, as well as renovations falling behind schedule. Representatives sent by the firm to see the projects two weeks ago concluded that there was a managemental problem, and decided to exchange the company for another entrepreneur who was already involved with the assets. Iintoo had already notified its investors of the change. Among the private Israeli investors who invested in T.E.H directly are Jerusalem Mayor Moshe Lion; Yedidia Stern, formerly the dean of Tel Aviv University’s law faculty and formerly the vice president of the Israel Democracy Institute; advocate Tali Yaron-Eldar, formerly Israel’s income tax and real estate tax commissioner; Haim Freilichman, formerly the CEO of the Union Bank of Israel; SKY Fund co-founder and managing partner Zvi Yuchman; and Tamir Dagan, formerly the CEO of Israeli real estate group Shikun & Binui Ltd. They and other investors have been in contact with Israeli and Rabin in the past few weeks in an effort to rescue their investments, the people said. All people named have declined to respond to a request for comment. According to some investors in the company who spoke to Calcalist on condition of anonymity, T.E.H. is working to sell assets, as News 4 reported, and has contacted brokers to do so. Despite the low prices the brokers set, potential investors are turned off by the bad conditions of some of the properties, they said. A spokesperson for T.E.H. told Calcalist that the company is a private U.S. company that has for the past eight years dealt with multi-family residentials in the midwest, mostly by collaborating with a limited number of long-time investors. Due to “exogenous circumstances,” in recent months the business environment in which the company operates has worsened and therefore the company has decided to cut down on its operations in the area, the spokesperson said, adding that they are operating in full transparency and in full collaboration with their investors to make the change in the near future.

4.
Typical of the bad Jews
My being Jewish, these are the stereotypical types of money grubbing Jews that have hurt our people for centuries. If I could stone them to death myself I would.
3.
You should be ashamed
Slumlords
2.
Us Market Not the Problem
The US market is not the problem. These buildings were not properly managed. It seemed TEH did not know how to scale. Instead of continuing to invest in current properties they used every penny to purchase a new building.
1.
Shame on Iintoo
How did Iintoo allow it to get to this? These building are unable to be sold. It will take another large outside investment to get these building to where they could be sold. They will lose the buildings to bankruptcy. Fines and other penalties will be following. Every investor named in this article should be ashamed for what they have put the residents of these buildings through. These were targeted low income housing and you turned them into slums.