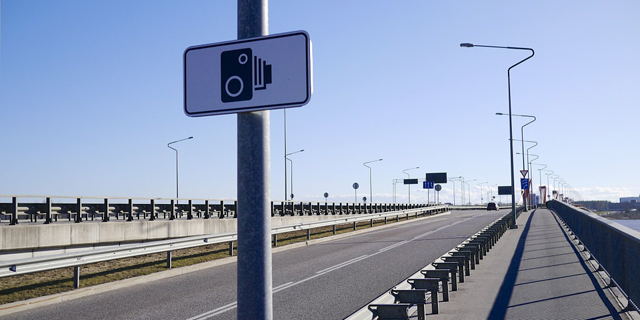 Israeli traffic laws state the owner of a vehicle is responsible for any related traffic violations, even when they are not the one behind the wheel. The country's widespread use of traffic cameras makes this an even bigger concern

The presumption of innocence is a cornerstone of modern democracies and a fundamental principle of human rights, but traffic laws and enforcement technologies are flipping this presumption on its head. In Israel, for example, traffic laws are written and adjudicated to create a strong presumption of guilt—the owner of the vehicle is presumed to be the at-fault party that was captured on camera running a red light, speeding or even talking on their cellphone. This is the case even though Israel has fewer motor vehicles per capita than most Western countries, with 75% of Israeli households having one car shared amongst two or more drivers, only one of whom is the owner.

As the market for traffic cameras is expected to double in the next couple of years, this issue will become all the more relevant, especially in light of the concomitant increase in deep fake technologies. These technologies, which can surreptitiously alter images and videos, threaten the long-held presumed veracity of photos that are employed as evidence to support the fines and demerit points levied against drivers supposedly caught on camera. 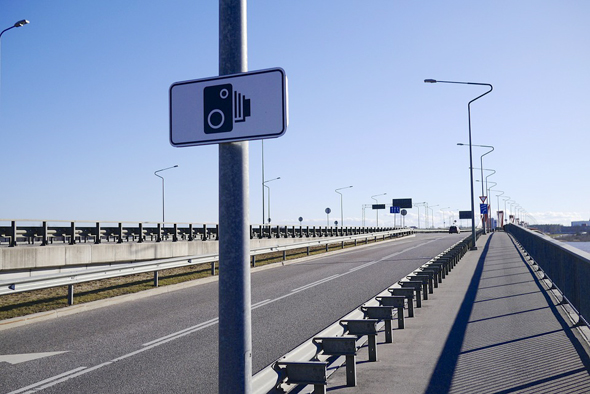 Fortunately, in the U.S., this presumption of guilt is continually being weakened in light of, among other things, the importance that the constitution places on due process in criminal procedure. Last week, the U.S. Supreme Court heard oral arguments on this subject in the case of Kansas v. Glover. In his lawsuit, Charles Glover did not deny driving his truck while his license was revoked, but claimed he was unlawfully pulled over, as the police had no reason to assume he was the one driving just because a license plate scan showed him to be the owner. Justice Ruth Bader Ginsberg showed particular interest in whether a technology can be used to augment this presumption of guilt. Similarly, Chief Justice John Roberts suggested that if technology could prove that the driver is not the falsely accused owner of the vehicle, then the unsupported presumption would fall away.

As a possible solution, China has recently begun installing a nation-wide network of facial recognition traffic cameras to identify traffic violators, not by their vehicle and registration number, but by their face. Similarly, in Virginia, traffic cameras employing artificial intelligence will soon be able to provide information about the occupants of the vehicle as they drive along Interstate 66.

The U.S. Supreme Court took up the aforementioned current iteration of the matter on appeal from a 2018 Kansas Supreme Court case, State v. Glover, that rejected the use of this presumption as sufficient to create the admittedly low burden of "reasonable suspicion" necessary for a police officer to make a traffic stop. The Kansas decision created a potential and untenable circuit-court split that needed to be rectified. Numerous other courts, such as the U.S. Sixth Circuit in U.S. v. Pyles, clearly rejected Kansas’ position as recent as 2018.

Notably, however, even the Sixth Circuit questions the use of the presumption of guilt on the owner when there is clear evidence to the contrary, for example, if the driver is female and the owner is male, an example specifically suggested by Justice Roberts last week. Israel, in contrast, in such a clear-cut example, would still uphold the presumption of guilt on the male owner.

In fact, in Israel, this presumption of guilt against the owner of the vehicle is so strong, that it remains even when there is substantial evidence to the contrary. According to Israeli courts, the presumption can only be overcome if the owner of the vehicle identifies the culpable driver, who must also admit their guilt via an affidavit. In Meir Zemach v. the State of Israel, for example, the country's Supreme Court denied an appeal by a car owner who was found responsible for a hit and run incident committed with his vehicle by a third party he refused to name, seemingly to protect that individual from prosecution.There is something unsettling about this concept. According to Israeli traffic laws, one can only escape the presumption of guilt when they rat out someone else, namely, the actual driver of the vehicle. Israeli courts stand steadfastly behind this snitch requirement as an important tool in identifying the actual driver and collecting the fine. Israel is not alone. In the U.K., not disclosing the identity of the actual driver may even be an additional and more egregious offense than the underlying driving infraction. Like Israel, the U.K. levies not-inconsequential demerit points and a large fine against the vehicle’s owner if authorities cannot identify the driver. Conversely, in Australia, there is no such requirement to snitch, and companies that own multiple cars driven by their workers will often pay large fines to shield the driver from being held liable for the offense caught on camera.

In fact, in stark contrast to Israel and the U.K.'s positions, many jurisdictions are loathed to make such onerous financial demands. Most U.S. states apply only minimal fines to traffic camera offenses and the vast majority do not add demerit points to the license of the vehicle owner. This is in part because the presumption of guilt in these situations is so weak. Israel, on the other hand, insists on demanding large fines from the accused and adds a substantial amount of demerit points to their license, even when there is clear proof that the owner of the vehicle was not personally involved in the traffic infraction, perversely elevating the evidentiary weight of a presumption above clear evidence to the contrary.

Weak presumptions are likely not the only reason that the fines for camera-based traffic infractions in the U.S. are low. Traffic enforcement cameras also suffer from other constitutional issues in the U.S., including the right to face your accuser, as was at issue in the 2009 U.S. Supreme Court case, Melendez-Diaz v. Massachusetts.

Arguably, unless traffic enforcement starts incorporating advanced artificial intelligence and that artificial intelligence is endowed with personhood, it is difficult to allow an accused offender the opportunity to face their automated camera accuser. As such, many legal advice blogs suggest that demanding to face your accuser in these types of situations will likely end with the dismissal of the ticket.

This legal argument is unlikely to work in Israel. First, while the Israeli legal system often grants defendants the opportunity to face their accusers, it is not considered an actual right on par with basic rights. The Israeli legal system also potentially circumvents this loophole by ostensibly keeping a human in the loop, requiring a police officer to review the photograph before sending out the ticket. Although this same system begs the question as to why the police would send out tickets to male car owners for offenses committed by female drivers caught on camera.

There are numerous stories of jurisdictions behaving badly in their use of traffic cameras. In Delaware, for example, only a subset of the monetary penalty for red-light camera tickets is legally considered a fine, with that subset being specifically designed to be too low an amount to be challengeable in court. The state's superior court upheld this method in August, in Lowicki v. State.

Traffic cameras raise so many ethical, social, and even legal issues, that many jurisdictions have actually banned the use of the technology, often as their electorate sees these technological tools as no more than thinly veiled money-making machines, rather than mechanisms to promote responsible driving.

The Israeli system could also be seen as focused more on revenue generation than safety. In some instances than not, there isn’t even a machine behind the camera, rather a real-life policeman that would rather collect more images to send tickets via the mail, than chase after the driver who they nevertheless found to be driving recklessly enough to receive a traffic ticket.

Since Israel already had to temporarilypull the plug on all of its traffic cameras last year, and is unlikely to consider new legal challenges to the technology, your best bet to avoid tickets is to fight technology with technology, employing the most recent human right—access to the internet—and using Waze to drive responsibly, especially when it notifies you of a camera nearby.