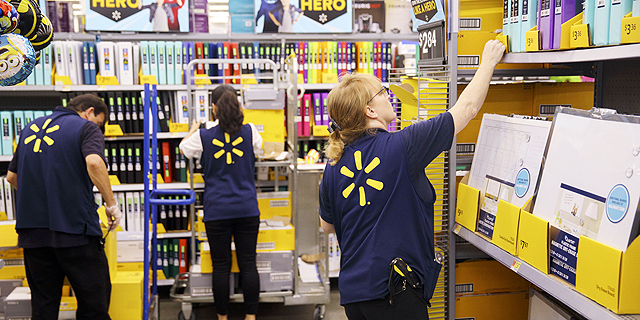 Multiple job listings published by Walmart on LinkedIn over the past few weeks with the geographical location “Jerusalem, Israel” targeted Israeli users, making it appear as though the retail giant was planning to open an Israeli location

Multiple LinkedIn recruitment ads posted by American retailer Walmart Inc. led to speculation that the company was preparing to open its first retail store in Israel. The ads, posted to Linkedin over a period of three weeks and marked with the geographical location Jerusalem, Israel called for cashiers, food handlers, pharmacists, and merchandise stockers. The listings targeted users in Israel.

Following a request for comment, a Walmart spokesman told Calcalist in an email Sunday that the aforementioned listings were all for an Illinois city named Jerusalem. Calcalist's efforts to find an Illinois city or town named Jerusalem failed. On its website, Walmart lists store locations in two U.S. cities named Jerusalem, one in Arkansas and one in Ohio. In a later email, Walmart’s spokesman suggested that the several dozen Linkedin listings, which appeared to specifically target Israeli users, were in fact for jobs in Illinois towns Zion and Salem. “We are working to clarify the discrepancy,” the spokesman said.

In early 2018, Calcalist reported that representatives of Walmart had visited Israel to look into the possibility of opening a branch in the country.

In March, Calcalist reported that Walmart CEO Doug McMillon arrived in Israel accompanied by a delegation of senior company officials to meet with Israeli officials and local startups.

This article has been corrected. A previous version stated Walmart was recruiting personnel in Jerusalem, Israel, based on multiple company posts on LinkedIn, which were marked with a geographical location of Jerusalem, Israel and targeted users in Israel.