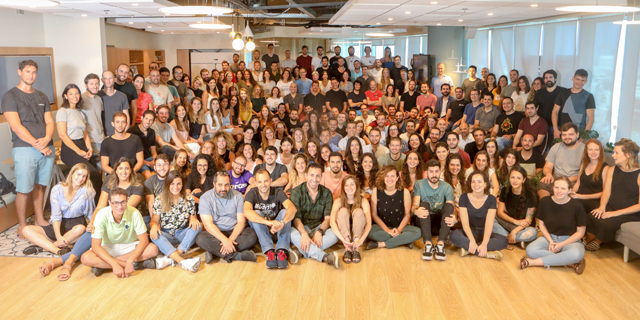 Monday.com Labs Ltd., Innoviz Technologies Ltd., and WalkMe Inc., were the most sought-after companies on stock option marketplace EquityBee Inc. in 2019, the latter announced Thursday. Founded in 2018, EquityBee offers a marketplace where startup employees who lack the necessary funds to exercise their stock options can find investors, in return for a part in future gains, for example, in the case of an initial public offering or if the company is acquired.

Below are the ten most popular companies on EquityBee’s platform:

Founded in 2012 as DaPulse Labs by entrepreneurs Roy Man and Eran Zinman, the company develops and markets a team management platform for organizations and businesses such as academic institutions, manufacturing companies, and the hospitality industry. Customers can use Monday.com’s platform to manage and track projects, manufacturing lines, and schedules. Its customers include WeWork, McDonald’s, website building company Wix.com Ltd., and the Carlsberg Group. In July, the company announced it had raised $150 million at a company valuation of $1.9 billion.

Founded in 2016 and based in Israeli central town Rosh Ha’ayin, Innoviz develops low-cost, small-size LiDAR systems designed to enable the mass commercialization of autonomous vehicles. The company has several partnerships with automakers for its systems, including with BMW for autonomous vehicles and with Samsung’s connected car and audio technology subsidiary Harman International Industries Inc. The company has raised $264 million to date.

Founded in 2005, Payoneer provides online money transfer and digital payment services, operating according to the American standard. Users can pay and receive funds via several methods, including credit cards, debit cards, electronic wallets, and bank transfers. The company lists Airbnb, Google, and Amazon as customers. The company employs around 1,400 people, 830 of them in Israel. Payoneer has raised $305 million to date, according to Pitchbook data.

Boston-headquartered Zerto develops data recovery technologies for cloud environments and virtualized data centers. Founded in 2008, the company employs around 700 people in offices in the U.S., Israel, France, Australia, and additional locations in Asia and the Americas. Zerto has raised $130.4 million to date from investors including Battery Ventures, IVP, and RTP.

Founded in 2009 by Mobileye founders Amnon Shashua and Ziv Aviram, visual aid company OrCam Technologies Ltd. develops and manufactures visual aid devices that help the blind and visually impaired “read.” OrCam’s finger-sized device, fitted with a camera and a microphone and clipped onto glasses, discreetly reads printed and digital text aloud to the person wearing it. The company has raised more than $130 million to date, according to Pitchbook data.

Founded in 2011 and headquartered in Florida, Magic Leap Inc. develops an augmented reality headset that superimposes three-dimensional computer-generated imagery over real-world objects. The company has raised more than $3 billion to date from investors including Google and Chinese e-commerce giant Alibaba Group Holding Ltd., and employs some 1,800 people, according to Pitchbook data.

Tel-Aviv-based web analytics company SimilarWeb Ltd. offers data tracking and digital market research services to premium customers such as Airbnb, HSBC, eBay, and Walmart. The company enables users to receive analytics and insights on engagement, traffic, and popular keywords, for both its own websites and apps and those of their competitors. SimilarWeb employs some 420 people, 300 of whom in Israel. The company has raised $136.5 million to date, according to Pitchbook data.

Web and mobile monetization company IronSource Ltd. is Israel’s offers mostly monetization technologies for mobile applications. IronSource is based in Tel Aviv with 13 additional offices in San Francisco, New York, London, and Asia, and has 850 employees, most of them in Israel. Private equity firm CVC Capital Partners has completed a $430 million acquisition of a 25.7% stake in the company in October.