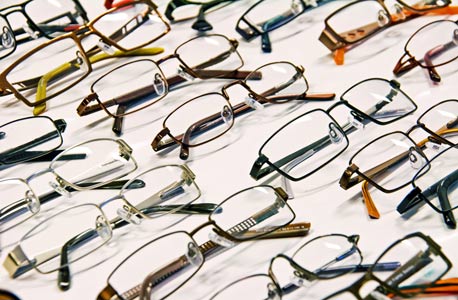 6over6 develops an online service and app that enables users to test the optical parameters of their glasses, using only a smartphone and a computer. Two people familiar with the deal told Calcalist it was valued at over $100 million

Online contact lens retailer 1-800 Contacts Inc. has entered a definitive agreement to acquire Israel-based home eye exam startup 6 Over 6 Vision Ltd., the former announced Tuesday. While the financial terms of the deal were not disclosed, two people familiar with the matter who spoke to Calcalist on condition of anonymity valued the acquisition at more than $100 million. The company intends to use the funds to grow its team, 6over6 co-founder and CEO Ofer Limon said in a Tuesday interview with Calcalist. The company currently employs a team of 42 people in Tel Aviv, he said.

Founded in 2013 and based in central Israeli town Kfar Saba, 6over6 develops an online service and app that enables users to test the optical parameters of their glasses, including pupillary distance (PD), and astigmatism, using only a smartphone and a computer. While the company’s service does not replace a full eye health exam, has been cleared by the U.S. Food and Drug Administration (FDA) as a Class 1 Exempt Medical Device, Limon said. Prior to its acquisition, 6over6 had raised $15 million, according to Pitchbook data.