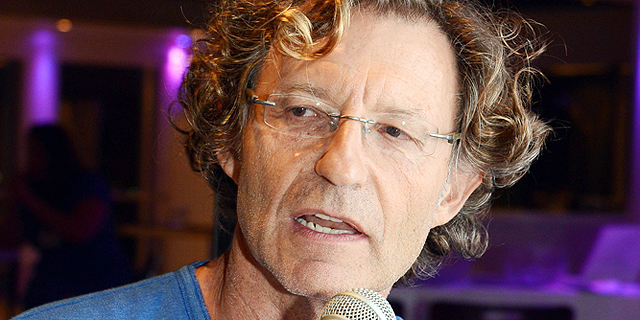 The $2 billion acquisition, Intel’s second-largest in Israel, is set to help the chip making giant catch up to more agile companies in terms of AI innovation

For chipmakers, artificial intelligence processors are the hottest commodity right now, set to power every future data center. So far, Nvidia Corp. has been the unchallenged ruler of AI chips, with Intel, one of the world’s most dominant chipmakers, trailing slightly behind. Earlier this year, Nvidia further established its command by acquiring Israeli chipmaker Mellanox Technologies Ltd. for $6.9 billion, having bettered Intel’s bid for the company. With Mellanox lost, Intel, still looking for an acquisition that could propel it forward in AI chip development, recalibrated, eventually setting its sights on Tel Aviv-based artificial intelligence chip developer Habana Labs Ltd.

On Monday, Intel announced the $2 billion acquisition, confirming an earlier report by Calcalist

Habana Labs’ processors are used in the tech industry’s most demanding applications, from autonomous vehicles to industrial robotics and data centers. Among the company’s products is Goya, a line of processors for artificial intelligence applications. In June, the company announced Gaudi, an AI training processor. In its Monday statement, Intel said that Habana’s acquisition is designed to strengthen its line of AI chips, a market the company predicts will see annual revenues of more than $25 billion by 2024. The company said it expects AI-related revenues to reach more than $3.5 billion in 2019, representing a 20% growth year over year. Second only to Intel’s $15.3 billion acquisition of Mobileye in 2017, Habana’s $2 billion price tag is even more rewarding considering that the company had raised only $120 million in investment to date. What’s more, Intel has agreed to pay an additional $100 million to 200 million in employee retention and recruitment, according to a person familiar with the matter who spoke to Calcalist on condition of anonymity. David Dahan and Ran Halutz founded Habana Labs in 2016 to develop processors optimized for artificial intelligence applications. That same year, Israeli tech entrepreneur Avigdor Willenz entered the picture, becoming Habana Labs’ first investor and leading a $9 million seed round. Willenz was one of the founders of Galileo Technologies Ltd., sold in 2001 to Marvell Technology Group Ltd. for $2.7 billion. He then went on to co-found Annapurna Labs, sold to Amazon for $370 million in 2015. In 2017, Habana Labs raised a $36 million A round, led by Bessemer Venture Partners and San Francisco-based venture capital firm Walden, both are among Habana Labs’ leading shareholders. Last year, the company completed a $75 million B round led by Intel Capital, which became another of Habana’s key stakeholders. Other investors about to turn a handsome profit include WRV Capital, A&E Investments, Battery Ventures, and multinationals Cisco and Samsung. Last year, following its largest funding round, Habana Labs launched a research and development center in Gdańsk, Poland,  which now operates alongside R&D centers in Israel and San Jose, California. The company employs 150 people.

Intel employs 12,000 people in Israel directly and another 1,100 through its subsidiary Mobileye. A large part of its local activity is based in its Haifa research and development center, where many of Intel’s main chips are developed. Following the completion of the acquisition, Habana will continue to operate as an independent business unit under its current management team and will report to Intel’s data platforms group, which oversees a broad line of AI applications for data centers. Willenz will also join Intel, serving as a senior advisor.