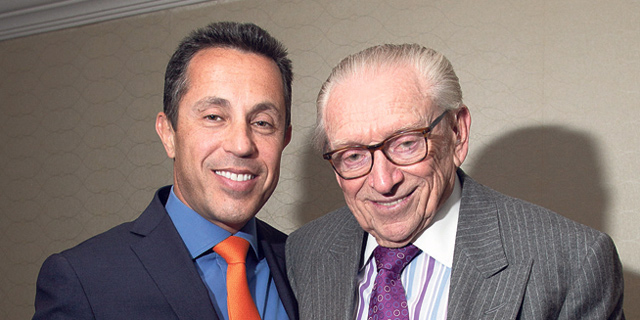 Real estate companies prefer a mediocre product by an established company over an advanced product by a startup, says Israeli entrepreneur Tal Kerret

When it comes to innovation, real estate is one of the slowest industries by nature, according to Tal Kerret, president of Silverstein Properties Inc. (SPI), the company that owns much of the World Trade Center in New York. Kerret spoke to Calcalist during a tour of the complex, which houses, in one of its towers, the juggernaut’s innovation hub and investment arm, Silvertech Ventures. Kerret, 49, was born in Tel Aviv suburb Bat Yam and started his career in tech in the late 1990s with a bachelors’ degree in computer science and math from Tel Aviv University. His first startup, e-commerce technology company RichFX Inc., formerly Webglide, brought him to New York. It was acquired by NYSE-listed ChannelAdvisor Corp. in 2002, the same year Kerret married Lisa, daughter of SPI founder and chairman Larry Silverstein. A year later, Kerret co-founded another startup, game developer Oberon Media, and in 2011, he joined the family business.

“My father-in-law asked me time and again to join the firm, saying he was getting old and wanted me on board,” Kerret said. “I told him I wanted to expand my company first, to bring it up to a $1 billion valuation.” At the time, his company had 11 offices employing 750 people, he said. In response, Siverstein told him every single SPI project was worth more than $1 billion. Kerret took the job. Constructing a building, from blueprint to ribbon-cutting ceremony, could take five years, even ten in Israel, but in tech, business interactions are done on a quarterly level and years of planning are simply not an option, Kerret said. This is why he believes it is difficult to integrate tech into the sector. Just talking about innovation within a real estate company is in itself innovative, Guy Vardi, SPI’s chief innovation officer, said. “A startup looking to inject real estate companies with new technologies will find very conservative companies looking for proof that the development has worked elsewhere,” Kerret said. In most cases, real estate companies will prefer a mediocre yet proven product by an established company over an advanced, superior product by a small startup, he added. “That is our main advantage as a big company, since we are open to innovation and willing to take risks.” Kerret and Vardi, both Israeli-born, are working to advance the use of innovative technologies in the company, specifically in the field of property technology, or proptech, which focuses on addressing the industry’s market failures, making it more efficient. The two run the SPI tech hub, alongside Charlie Federman, a former managing director at BRM Group. Hub member startups raised a collective $110 million last year, and it appears that in 2019 this sum will go up to $150 million, Federman said. According to Federman, of the 26 companies working out of the hub, 20 are Israeli and nine are led by women. Israelis are generally highly motivated which is good but one of the biggest mistakes that many of them make is failing to educate themselves on the local culture, he said. Israeli business culture is messy and based on trust and personal connections and this is not the way it works in the U.S., he added. Among the startups SPI is collaborating with are Aquant Technologies Ltd., which develops machine learning software intended to shorten machinery downtime, and Rentigo Ltd. which develops an app to help landlords and rental management companies manage and track tenant payments. Both companies were founded by Israelis. New York is currently undergoing a building spree, with buildings filling up very quickly, Kerret said. However, while there is less demand for high-end luxury apartments, they continue to be built, while the city is experiencing a severe shortage in regular apartments for rent, he added. 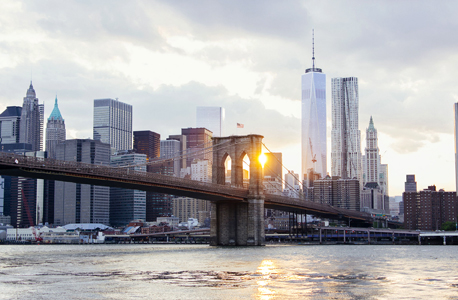 "The needs of both private tenants and office workers are changing, which leads to the development of new tech,” Kerret said. WeWork is a good example of technology that originated from change in the customers’ needs, he said. “You can argue against its business model and other elements related to the company, but the need was real,” he added. WeWork’s downfall did burst the co-working bubble, but there is still a need for shared office space and short term contracts, he said. Silverstein founded SPI in 1957, together with his father Harry Silverstein, when they bought their first property, an industrial loft building on Manhattan’s East 23rd Street. As of 2018, SPI had over $9 billion in assets under management, including 1 million square meters of office space and about 2,300 apartments. Among the company’s assets are the Four Seasons hotels in Manhattan and at the Walt Disney World Resort in Orlando, Florida, as well as properties across the U.S., Poland, and China. Most recently, in 2018, SPI attempted to set up a Tel Aviv hotel in collaboration with hospitality chain Four Seasons Hotels Ltd.The $2 billion project is currently held up in a bureaucratic mess. At 88 years old, Silverstein says he cannot wait for the project to be underway. Others would have given up but we are still trying, he added. SPI leased the World Trade Center for a 99-year period paying over $3 billion in July 2001, just six weeks before the September 11 terrorist attack. SPI currently has three towers on the property, an additional one under construction, and two giant holes in the ground, commemorating where the iconic Twin Towers once stood. According to Silverstein, he could have walked away from the property but decided to stay and rebuild. After the attack, SPI ended up paying $11 million a month on a hole in the ground for seven years, without seeing any income or even a cent of insurance money, Kerret said. Years of legal battles later, SPI managed to rake in $4.55 billion in compensation, in addition to $95 million from the airlines whose planes were flown at the towers by the terrorists. As part of a settlement, SPI got to keep towers three, four, and seven, as well as two, which is scheduled for completion in 2022.