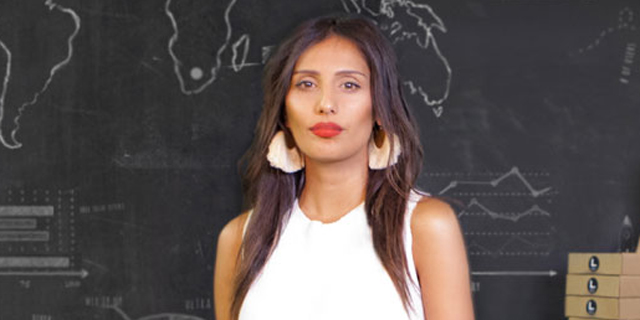 Femtech applies to more than half of the world’s population, but most venture capitalists still have limited imaginations when it comes to seeing how it can be profitable

In August, Samsung issued an apology to smart sex toy developer Lioness, after asking the company to remove its data-collecting vibrator from a showroom display at a women’s tech event the consumer technology giant hosted in San Francisco. According to an August report by The Verge, Lioness CEO and co-founder Liz Klinger was invited to present at the event, but unfortunately ran afoul of a more conservative mindset upon setting up her booth. The irate Klinger went on to criticize Samsung’s actions in a series of tweets. She stated the company was being duplicitous, enthusiastically promoting women’s health technologies pertaining to wholesome issues like fertility while balking at issues such as women’s sexual health. 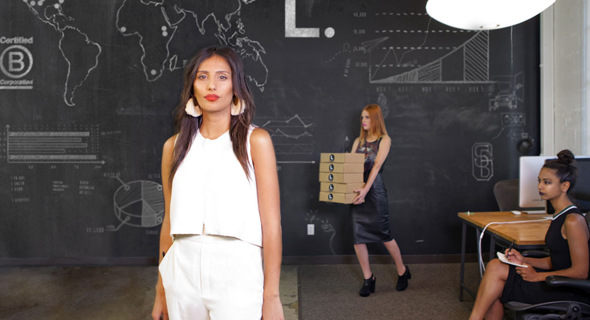 Talia Frenkel, co-founder and CEO of This is L. Photo: PR

Lioness, legally known as SmartBod Inc., develops an app-controlled adaptive vibrator that uses biometric sensors to track the user’s body and movements and provide her with information to better understand her body. Another similar incident took place in January 2019 at the Consumer Electronics Show in Las Vegas. Sex toy company Lora DiCarlo (incorporated as Uccellini LLC) was approved to attend the event and even selected for an innovation award, before CES decided to retract both the award and the invitation. Lora DiCarlo fought back, calling the decision “sexist.” In May, CES decided to restore the award. For the upcoming CES event, set to take place in January, the organization has decided to expand its health and wellness category to include sextech.

It seems that the tech world is bent on taking the path of most resistance to the inevitable conclusion: that women-oriented sextech, and femtech in general, are sectors on the rise.

Femtech is more than smart vibrators. It includes innovative answers to products that have been around for some time. These include technologies for tracking fertility, and companies offering an organic tampon subscription service that mails according to the customer’s individual cycle. Danish entrepreneur Ida Tin, co-founder and CEO of the menstruation-tracking app Clue (incorporated as BioWink GmbH), is credited with coining the term femtech in 2016. Today, Clue reports more than 5 million users, raising $30.5 million since its founding in 2012, according to Pitchbook data.

In venture capital terms, this is not a large sum. The entire femtech sector is estimated to have raised only $1 billion overall over the past four years—not a venture capital magnet by any stretch of the imagination. But Femtech does apply to more than half of the world’s population, and medicine has been slowly catching up to the fact that women require specialized practice, treatments, and even pharmaceuticals. Femtech is on the rise.

“The challenges in femtech are very significant particularly because most venture capitalists are men,” Sharon Rashi-Elkeles, CEO and co-founder of Israeli femtech hub EVE, told Calcalist in a recent interview. “I used to be an entrepreneur, working in that field, and I saw first-hand how difficult it was to present the products, how difficult it was to convince investors to put money into these products. You get a lot of giggles and jokes when you bring up breasts and vaginas.” According to Rashi-Elkeles, men have limited imaginations when it comes to seeing how femtech can be profitable. Still, there is already a crack in the dam. One of the best-known startups in the sector, Ovia Health Inc., was first to establish a digital healthcare platform dedicated to women’s fertility. Since then, the company has expanded to deal with other issues that weigh on the minds of young families, including pregnancy, maternity benefits, and parenting. Ovia reports more than 13 million users and has raised nearly $16 million, according to Pitchbook data. One of the biggest financial success stories in femtech is credited to American entrepreneur Talia Frenkel. In 2011, she founded This is L. Inc. as an organization dedicated to providing high-quality, sustainable personal and sexual care products for women at an affordable price. In February, L. was bought by Procter & Gamble for $100 million. Frenkel was a photojournalist who worked for the United Nations and Red Cross, reporting on women’s issues in Africa. L. follows a similar model to that of shoe company TOMS.com llc.—for each product sold, the company donates one. To date, the company has sold over 250 million products, according to its website. When Procter & Gamble bought L., it earned more than just a boost to its brand image. It also gained access to L.’s customer database of young, au courant women willing to pay a little extra for sustainable, socially minded products.