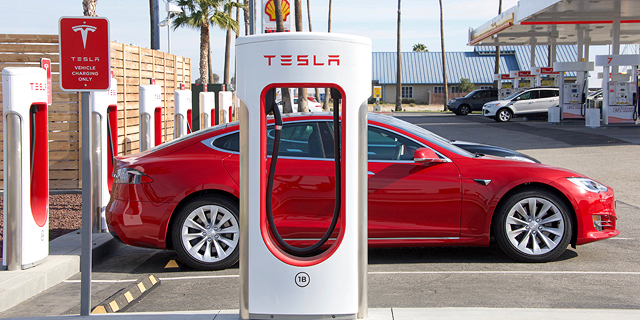 Electric and autonomous car company Tesla Inc. is planning to launch its Israeli operations in January, according to several people familiar with the matter who spoke to Calcalist on condition of anonymity. A company team already operating locally has decided to flout convention and set up a pop-up shop in Tel Aviv’s Ramat Aviv Mall instead of waiting for an official company showroom, the people said. The pop-up shop will enable potential customers to examine some of Tesla’s cars, especially its popular Model 3, and place advance orders for cars for a fee. When Tesla launched its Model 3 in the U.S. in 2016, it charged interested parties $1,000 for the option of being some of the first customers to receive it, and collected 253,000 orders within 36 hours. When it launched its first pickup truck, the Cybertruck, in November, the company only charged $100, receiving 146,000 orders within three days.

Ramat Aviv Mall caters to the upper socioeconomic class of north Tel Aviv and neighboring towns, making it especially suited for the launch of a new car brand that will be classified in Israel as a luxury car due to its starting price of NIS 250,000 (approximately $72,300). Israel’s decision to cut tax benefits for electric cars as of January 1, 2020 means that Tesla models are expected to be relatively expensive in the country. Luxury brands like BMW’s Mini and DS Automobiles held similar events in the mall at the past, as did brands like Mazda Motor Corporation and Peugeot. Several Tesla cars have already arrived in Israel for tests, but have yet to receive permission from the Israeli Ministry of Transport. While the Cybertruck will only proceed to production at the end of 2020, the company already manufactures four electric car models. Tesla will be the first car manufacturer to sell its vehicles in Israel itself instead of via an importer, but it has contacted several local operators to test the possibility of collaborations in fields such as trade in, the people familiar with the matter said.