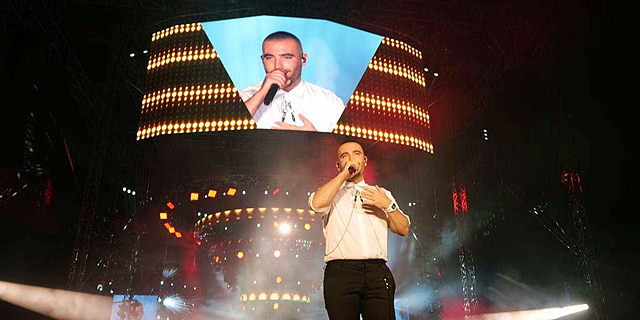 Israeli Pop Star Wants a Bite out of Spotify, YouTube

Israeli pop star Omer Adam intends to set up a platform to distribute music online and collect royalties from digital platforms, including YouTube, Spotify, and Apple Music, one person familiar with the matter told Calcalist, speaking on condition of anonymity. At 26 years old, Adam, whose music fuses Western and Middle Eastern pop, is considered one of the most successful musicians in the country. He currently tops Spotify Israel’s best played local musicians list, published earlier this month.

Adam and his father and manager Yaniv Adam have partnered with Israeli record label NMC United Entertainment Ltd., and producer Benny Menashe, the owner of Israeli label Aroma Music, the person familiar with the matter said. The parties have already submitted a request to the Israel Competition Authority, which is currently examining whether their partnership is in accordance with the country’s antitrust regulations, the person added.