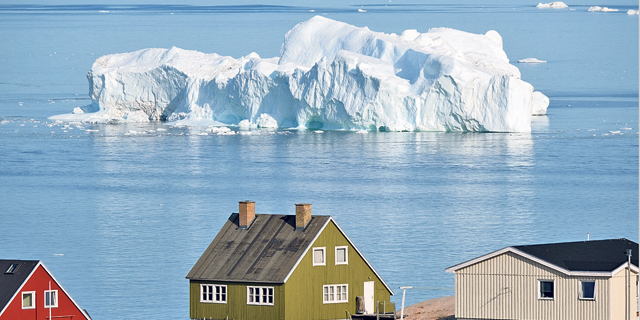 The Right Climate for Investments With a Positive Impact

Eytan Stibbe, founding partner at impact investment fund Vital Capital, writes about how business leaders should be a force for positive change

Climate change and its consequences have been in the headlines more than ever lately, and for good reason.

It is estimated that if the average global temperature rises by 2 degrees Celsius on average over the next decade, it will result in irreversible damage to our planet and its inhabitants. Governments and their leaders have yet to respond suitably. Moreover, according to The Economist Intelligence Unit, climate change is expected to negatively impact the global economy by about 8 trillion dollars over the next 30 years. None of the world’s 82 major economies are prepared, and the business sector has only just begun to consider the issue. 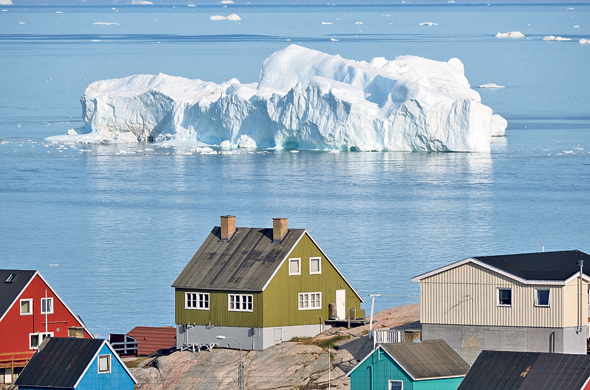 The demand to find solutions to the global climate crisis affects both developed and emerging economies and requires full cooperation between businesses and their sphere of influence.

Whether the pressure for change comes from consumers, investors, or employees, there is an increasing expectation that the business sector will lead the way.

The latest report by the Environmental Defense Fund indicates that 90% of leaders of 600 large companies – those with an income of half a billion dollars or more – believe that start-ups will produce new technologies that can provide crucial answers in the field of sustainability and the environment, and excitingly, increase their return on investment at the same time. In other words, these business leaders of established companies believe in impact investment – that is, investments that make a positive difference and are designed to create measurable improvements in society while also providing environmental and social benefits. Businesses that choose the route of impact investments achieve two goals simultaneously: first, improving the quality of life for the communities involved, and second, receiving an attractive return on their investments. For example, the Coca-Cola Company invested in WaterHealth International (WHI) in an effort to bring safe drinking water to 1 million school-children through its ‘Child With Water’ (CWW) program. Similarly, Dow’s 2025 Sustainability Goals program is based on another impact model in water sustainability, aiming to offer solutions that close the resource loops in key markets. In this case, the solution introduces recycled water: a circular economy, creating a community in which water is a well-managed resource, sustained by advances in science and technology. In Israel, companies have started noticing the importance of creating a positive impact to combat issues such as climate change, and have gotten very positive media coverage in return. For instance, Israeli company Netafim created a drip irrigation system that is far more sustainable than its competition when it comes to saving water. Netafim was sold in 2017 in a deal valued at $1.5 billion, demonstrating that profits and sustainability can go hand in hand.

Since then, many new eco-friendly Israeli startups have been attracting investors. One example is Lemonade, which is revolutionizing the insurance industry by allowing its clients to pick which charity receives the monetary surplus after all claims are paid at the end of the year. In 2019, Lemonade’s 'giveback' totaled over $600,000, and the company is valued at more than $2 billion.

However, despite recognizing the importance and potential of impact investment, less than 60% of company leaders have invested in environmental startups and companies. While there may be various reasons for this, such as concerns about operating outside one’s core business and specific expertise, in my opinion, this is not reason enough to refrain from these ‘existential’ investments—investments that will ensure our future existence. On the contrary, it is a reason to expand one’s areas of activity, to exercise internal and external expertise, and to establish and maintain collaborations with academic institutions.

Examples of successful partnerships of this type include The University of California, Berkeley, which is developing energy storage solutions and generating energy from sea waves, or Tel Aviv University, where researchers have developed biological solutions for water purification.

The business sector will not be able to continue avoiding climate change and the needs of the environment. Quite the contrary, in fact. The sector will have to expand its involvement, whether directly, in the development of solutions; by diverting investments from projects that generate greenhouse gases to those based on renewable energies; or via activities that focus on investments that leave a positive mark, such as emerging companies and impact-related funds. This last option may be a particularly attractive one because these organizations are agile, innovative, diversified, and have the skills and expertise to make investments that are based both on profitability and environmental and social metrics.

At the Global Steering Group on Impact Investing, a conference held last month in Buenos Aires, chairman Sir Ronald Cohen (who established the ‘Bridges’ impact investment fund) announced it is time to “overthrow the dictatorship of profit” as the single and main consideration in the business world, and position impact alongside profit. The responsibility of businesspeople also includes the responsibility to create positive social and environmental changes.

I believe that the business sector must be the catalyst for this change. Only those businesses whose management possesses the expertise and ability to measure performance in both financial and social terms will lead the way towards solving this existential challenge. The central question companies are facing today is not whether it is necessary to make impact investments, but rather when and how they will leave their mark.

Accordingly, companies in Israel that take pride in the great innovation this country has to offer are expected to be at the forefront of this change in mindset, in order to create a positive environmental and social impact. Israel is a perfect candidate to initiate this change, considering its small size and the broad presence of many large companies that could make a massive impact with relatively little effort, thus setting an example for the world to follow. The time for change is now, and Israel should be leading it.

Eytan Stibbe is a founding partner at Vital Capital, an impact investment fund.