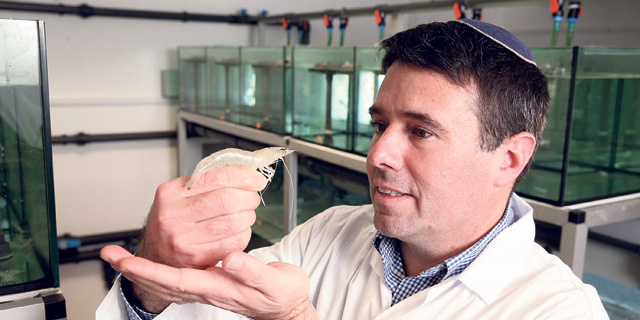 God Willing, He Will Cure Cancer, and Shrimp

At 43, Technion researcher Avi Schroeder is a phenomenon with four startups under his belt, working to cure cancer with elephant protein and trying to personalize chemotherapy. In between, the kosher-keeping Yeshiva graduate is taking on a deadly shrimp plague

Avi Schroeder’s lab at the Technion Israel Institute of Technology is tiny but mighty. Thirty researchers crowd it daily, covering areas such as biology, chemistry, medicine, pharmaceuticals, and even mechanical engineering. The lab is part of the chemical engineering faculty, but the researchers here were handpicked from different departments to serve the lab’s interdisciplinary mission. The content of the multitude of test tubes here could one day result in life-saving medication for a variety of conditions. Until then, the lab has already birthed several innovations that matured into business ventures: Schroeder and his team are involved in four such companies based on the lab’s scientific breakthroughs, ranging from using elephant protein to cure cancer to personalizing chemotherapy.

At 43, Schroeder is a research phenomenon. He completed his chemical engineering PhD at the age of 33, continued to a post-doctorate at the Massachusetts Institute of Technology, and by the age of 36 was one of Israel’s youngest professors. Seven years ago, he set up one of the country’s leading nano-medicine labs. His primary tools are liposomes, vesicles that can be used as a drug delivery system thanks to their ability to encapsulate hydrophilic or lipophilic drugs.

His life’s work is to advance liposome-based cancer treatments. While there’s still work to do on that front, Schroeder’s innovations to date have brought on a surprising twist for the kosher-keeping, yarmulke-wearing yeshiva graduate: for the past few years, he has been busy curing that very unkosher crustacean, the shrimp. To his mother, Schroeder initially said he was working on a cure for cancer, which was a white lie—in Hebrew, the same word is used for both cancer and crab. He considers himself a liberal person, one who doesn’t care about what other people put on their plates, he said. “The important thing for me is that I am saving a crucial food source for many people. Indeed, people here sometimes tease me about the fact that I don’t know how tasty shrimp is and about what I’m losing out on, but I don’t care about that.” The connection between Schroeder and shrimp was accidental, the result of his specialization in drug delivery methods. Six years ago, he gave a lecture at Israeli pharmaceutical company Protalix BioTherapeutics, where he met molecular biologist Shai Ufaz, then a Protalix employee and today a business partner and the CEO of their joint company ViAqua Therapeutics Ltd. Ufaz found the lecture enlightening. He previously worked for a marine agriculture company and understood the span of the damage shrimp growers contend with. Hearing the lecture, it dawned on him that Schroeder’s direction could offer a solution to a very wide-spread problem. The disease Ufaz was thinking about is white spot syndrome, a virus that affects a wide variety of crustaceans and is viral among shrimp, especially in east Asia, where most commercial farming—an industry with an annual turnover of over $30 billion—is located. An infected shrimp farming pond has a mortality rate of around 80%, with deaths occurring within hours of infection. To date, most attempts to control the virus and prevent it from spreading to other parts of the world focused on bettering sanitation and thinning out the animals, but these measures are only partly effective. The syndrome causes damages of around $6 billion a year, according to ViAqua’s data. A week after the Protalix lecture, the scientists met. Ufaz and another eventual ViAqua co-founder, marine biologist Shai Einbinder, told Schroeder about the problem. There was a bit of squirming and skirting around the issue before they dared say the product they wanted to develop was for shrimp, Schroeder recalled. In 2014, they banded together to form the company. In a little cabin at the edge of the Technion’s campus, a few dozen small aquariums have a great view of Haifa bay. Inside those containers, thousands of ViAqua’s test shrimps await their midday meal. There is one special ingredient inside the little food pellets they receive—a food additive that should provide immunity to the virus. “We created a substance that is made of a shrimp’s usual food sources, so it is defined as a food additive and not a drug,” Ufaz explained. “We want to reach the shrimp when they’re still young and inoculate them against the disease before they have a chance to catch it.” 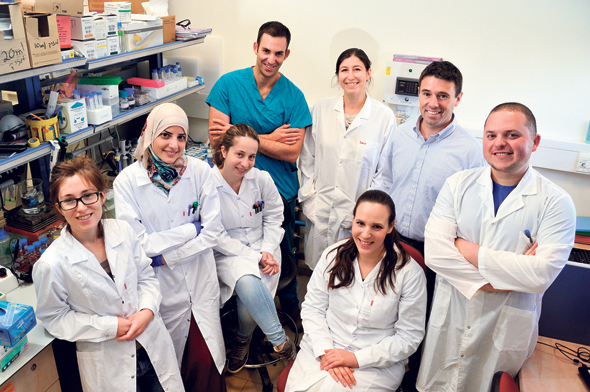 Schroeder’s typical workday is 18 hours, and he tries to work some of it from home, “for the family.” He has five children. A huge amount of his time, though, is spent on planes. This is to be expected for a man involved in the management of four cross-continent companies. In recent weeks, he made two short visits to the U.S. and another unplanned one to India. His passport—issued less than two years ago—is already covered with multiple stamps. He is still focused on cancer, Schroeder said, he just understands now that curing shrimp is faster than curing cancer. But he is optimistic. “I feel, and this is supported by research data, that in the upcoming decade, we will solve most problems with cancer treatment,” he said. “By 2030, we will reach a place where most cancer patients will be cured. All developments are converging into personalized treatments, with a maximal delivery capability, that will enable a drastic reduction of chemotherapy’s side effects.”