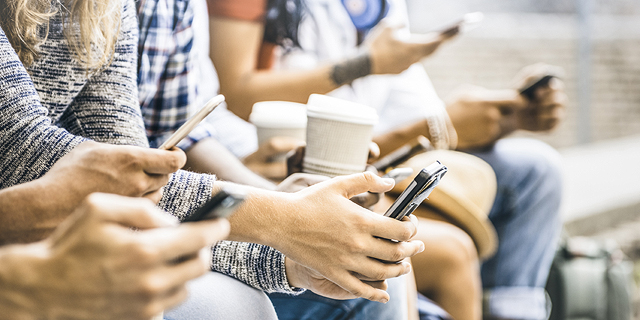 The Tech Sector's 10 Biggest Challenges in the New Decade

From regaining the public’s trust and addressing the privacy crisis, to making digital coins viable, Calcalist reporter Omer Kabir outlines the most pressing issues faced by the global tech industry

Tech companies, researchers, and regulators have their work cut out for them in the next decade. From regaining the public’s trust and addressing the privacy crisis, to making digital coins viable, below are 10 of the most pressing challenges faced by the global tech industry.

Over the past 10 years, the public perception of tech companies has been turned upside down. From perceived saviors of society, offering freedom and efficiency, they have become despised corporates harnessing human weakness for a profit. The new decade is tech companies’ chance to restore their image, which is crucial because, without the public’s trust, they will find it much more difficult to operate. To start, they will be more heavily scrutinized under severe regulations that may hinder innovation. Recruiting talent will become a greater challenge, with quality employees moving toward less divisive industries. So, how can tech companies rehabilitate their image? Unfortunately, a well-funded ad campaign is not going to cut it. Tech companies will have to start implementing deep changes to the very fundamentals of their conduct. The next section is a good place to start.

If I were to ask readers what aspect of the activity of large tech companies and service providers they find most disturbing, the answer is likely to be privacy concerns. Companies like Facebook, Google, Amazon, and Twitter, have turned infringing on users’ privacy into a business model. To make money, they have to gather as much detailed information on users as possible in order to better target them for ads. One of the main problems here is that, as learned from the infamous Cambridge Analytica case, it is very difficult to keep this type of data from leaking and being misused. If companies truly want to regain the public’s trust, they must establish new business models that are not rooted in massive privacy infringements.

Many years, if not decades, will pass before we can assess and appreciate the full extent of the misuse of social networks to affect politics and election campaigns. At the dawn of the new decade, tech companies must give their all to nip at the bud the phenomena of political intervention using fake news-spreading bot networks on social media. With the upcoming U.S. presidential election this year, Google, Facebook, and Twitter will face their biggest challenge since 2016. They better not fail.

Turning autonomous vehicles into a reality

Around halfway into the last decade, autonomous vehicles emerged as the main promise of the 2020s. As years went by, it became clear that the technological challenges may be too substantial to allow for widespread use in the foreseeable future. However, autonomous cars are already here and are even being used commercially at a very limited and experimental capacity. The challenges are not insurmountable and autonomous vehicles are crucial. Extensive use can help address an array of issues, from reducing the number of traffic fatalities, through easing congestion, to reducing greenhouse gas emissions and pollution.

Addressing the gig-economy elephant in the room

The gig-economy is responsible for some of the most devastating changes in the global job market, creating a new working class that gets the worst of both freelance and employed work—it has almost none of the social benefits of employment, but also none of the freedom that comes with being your own boss. Should the current trend continue, gig economy services are likely to expand into new fields in the future, including professions requiring high skills.

Companies and especially legislators must pony up and address the issue to prevent the new status quo of underprivileged gig-economy workers from becoming the new standard. Last year, California took a first step, passing a controversial bill that would require companies like Uber and Lyft, for example, to treat their drivers as regular employees. This is not necessarily a fix-all solution, but it is a step in the right direction. This is true in Israel as well, where companies whose business model is based on gig economy employees—such as on-demand food delivery company Wolt Enterprises Oy and electric scooter-sharing companies Bird Rides Inc. and Lime—are expanding fast. 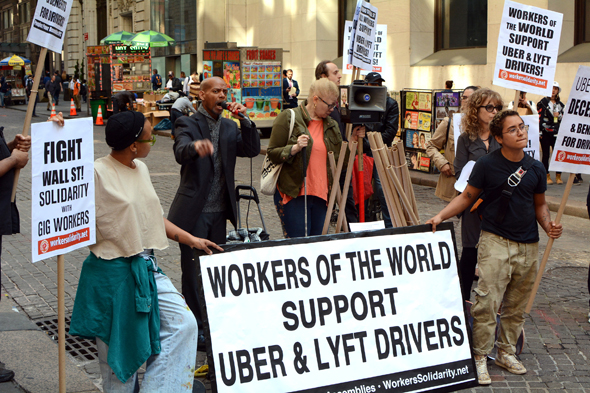 Cracking the VR and AR markets

One thing the past decade didn’t give us is a new hardware device to disrupt the market. In 2007, the iPhone did just that, starting the smartphone revolution. There have been some notable devices—the iPad in 2010, the Samsung Galaxy Note in 2011, and the Apple Watch in 2015—but not one of them was a catalyst for a significant technological and cultural revolution. If there is a family of products that could be the iPhone of the next few years it would be virtual reality headsets or augmented reality glasses. In the past decade, we have seen some brave efforts in the field, including Google Glass, Facebook’s Oculus Rift, Microsoft HoloLens, and Magic Leap Inc.’s AR glasses, but none of them really took off, and some even failed gloriously.

AR and VR have the potential to give birth to a revolutionary device that transforms the ways in which we communicate with each other and with our immediate and online surroundings, but no company has yet managed to create it. Quite a few players are investing a lot in this field, with Apple being most prominent, and making a viable product will be among their main challenges. Eliminating AI’s inherent bias

Artificial intelligence is already widely used, from the algorithm determining what content is displayed on your Facebook feed to biometric identification systems. Its use is expected to grow significantly over the next decade, despite some justified concern. Most important to resolve is AI systems’ tendency to internalize human biases. One example is identification systems’ propensity to misidentifying anyone other than white men. This and other types of bias will have an ill effect on the lives of minorities worldwide, and fixing it should be a top priority over the next decade.

One possible solution could also help resolve another tech industry malady—lack of gender and ethnic diversity in the workforce. Research shows that some of the reasons AI systems are so bad at correctly identifying women and people of color have to do with the fact that the technology is being developed by teams consisting mostly of white men. Upgrading old telecommunications infrastructure

Towards the end of 2019, several countries began deploying fifth-generation (5G) cellular infrastructure. Some countries also have optical fiber infrastructure. But both these technologies have yet to become widespread. Ultra-fast internet infrastructure is a vital component of future services such as autonomous vehicles, AR and VR, smart city systems, and IoT devices. The burden here does not fall on tech companies but on cities and countries that need this infrastructure to step into the future, instead of getting stuck in the past.

As of today, 12 years after the launch of bitcoin, cryptocurrencies remain an almost exclusively speculative tool. The technology that was meant to turn economics on its head couldn’t even become a payment method at Starbucks. This technology has the potential to create a more flexible financial system, one in which people that do not have a bank account could still use free, quick, and advanced banking and money transfer services. However, a viable solution that will help it reach its potential and become widely implemented has yet to surface. The most significant attempt at this, Facebook’s Libra, was met by a wall of legislators and regulators, as a result of the aforementioned mistrust in big tech companies. But the potential is still there, you just need the right company with the right solution to realize it.

Tech companies’ part in exacerbating the environmental crisis may be small but they can still have a major role in solving it. Sectors like energy, transportation, and agriculture are all much bigger polluters, even though the fast growth in the e-commerce sector has taken its toll through the carbon footprint of online deliveries. Climate change is not at the heart of big tech companies’ business models, but companies like Apple, Google, Facebook, Microsoft, and Amazon, employ some of the most creative minds in the world and have giant research and development budgets, some of which can be allocated towards making the world greener. The climate crisis is, without a doubt, the most crucial challenge to be faced by humanity, and this includes tech companies.