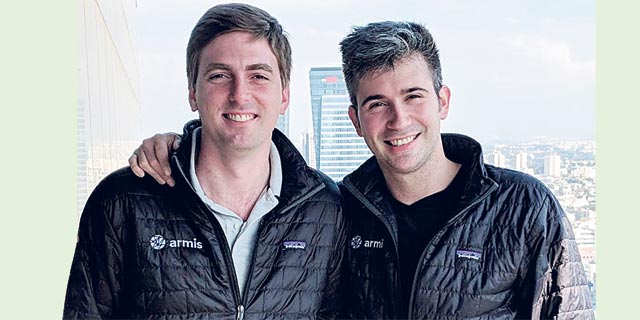 On Monday, New York-based venture capital and private equity firm Insight Partners confirmed it has agreed to buy Israeli IoT security company Armis Inc. according to a company valuation of $1.1 billion. Calcalist first reported that Armis was in advanced negotiations with an unknown buyer on Monday morning, citing sources. Later that day, Calcalist named Insight Partners as the interested party, again citing sources. Insight participated in Armis’ most recent funding round in April 2019, in which it raised $65 million according to a company valuation of $400 million.

As part of the deal, Insight will acquire the company for cash, with participation from CapitalG for $100 million and rollover from certain existing stockholders. Armis will continue to operate independently and will be fully managed by its two co-founders, CEO Yevgeny Dibrov and chief technology officer Nadir Izrael. The company said it expects to double its workforce in the coming year. Today, it employs 250 people, 130 of them in Israel.

In October, Insight Partners opened a Tel Aviv office, the firm’s first office outside of New York. The firm has over $20 billion in assets under management and has backed more than 300 companies worldwide, according to company statements. In Israel, Insight has invested over $700 million across more than 15 active deals and was an early investor in Tel Aviv-based, Nasdaq-listed website building company Wix.com Ltd. Among Insight’s Israeli portfolio companies are cybersecurity company Checkmarx Ltd., Jerusalem-based content creation apps developer Lightricks Ltd., and team management and productivity startup Monday.com Labs Ltd. In early 2019, Insight acquired the lion’s share of the portfolio of the fourth fund of Israeli venture capital fund Genesis Partners. In a February statement, Jeff Horing, Insight’s co-founder and managing director, said the acquisition indicated Insight’s commitment to regional innovation in Israel.