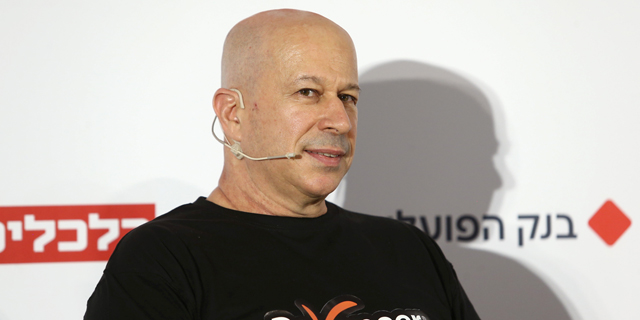 Winners and Losers of the Week: The Israeli Digital Payments Ecosystem Tops This Week's List

This week’s winner is the Israeli digital payments ecosystem Financial regulation in Israel is not considered one of the most advanced or creative in the world. The relatively small size of the market and the fact that it is very closed means that the restrictions on financial entities are very tight. However, it looks like precisely this situation spurs local entrepreneurs to offer technological solutions that fit the global economy. This week's Calcalist conference on the future of money best exemplified the capabilities of Israeli entrepreneurs in the field of digital payments. As part of the conference, CTech interviewed some of the leading entrepreneurs who broke the geographical boundaries and regulatory constraints and helped the global money industry advance into the new decade. Here are some of the headlines that came up: “I wish that Facebook will find a way to collaborate with regulators to make it work,” says Payoneer’s founder. Watch the video

AI, blockchain not enough to succeed in tech, says Citi Ventures exec. Watch the video Facial recognition can be used for identity theft, says Forter CEO. Watch the video More headlines from The Future of Money conference can be found here:

This week’s losers are: Israeli citizens

Throughout the whole year we are used to writing about the Israeli high-tech industry, the ingenuity of local entrepreneurs, and the innovation that the startup nation exports all around the globe. But three news stories we published this week about the poor state of Israeli infrastructure show how Israeli creativity has not been reflected in the everyday management of the country. For example, 3 days of rain during the first week of January has caused more than NIS 2 billion (approximately $580 million) worth of damages. The heavy rains caused flooding that damaged drainage and sewer systems, electrical infrastructure, roads, and traffic lights. More than 50,000 insurance claims were already filed for damages caused by the storm, more than 25,000 vehicles were impaired, leading to approximately NIS 900 million (approximately $260 million) worth of damages. Read more For many years, the public transport system in Israel has been in a catastrophic state. The roads in the center of the state that introduced the world to transport solutions like Waze, Via, or Moovit, are in huge chaos. This week, the Israeli media learned that Tel Aviv’s light rail needs more time and an extra half a billion Shekels for its completion. Completion is now estimated for the second half of 2022. Read more Even the existing Israeli mass transit system is also not prepared to integrate with the requirements expected of national transport institutions at the beginning of the new decade. According to Amir Assraf, the CEO of the National Public Transport Authority, Israel does not have a designated place to park or charge electric buses, which is delaying the National Public Transport Authority’s ability to bring them into circulation. Read more The gap between Israel's advanced and technological image is intensifying when facing the news about the amount of exits and investments made in Israel over the past decade. Like the one in the next paragraph. This week’s data point: $111 billion The past decade saw Israeli tech grow and prosper: the industry as a whole pocketed over $111 billion from 1,210 exits, according to a report by Israel-based research firm IVC Research Center and Israel-based law firm Meitar Liquornik Geva Leshem Tal. According to the report, two phenomena over the last decade produced these impressive results. The first is the global economy’s minuscule interest rate, which led institutional investors to turn to tech as an industry with potential for high returns. The second phenomenon was an acceleration in technological development, especially in the cloud and artificial intelligence domains. Read more