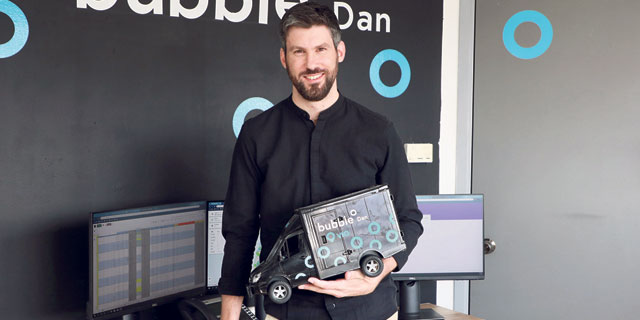 Jointly operated by New York-headquartered ridesharing company Via Transportation Inc. and local public transportation company Dan Bus Co., Bubble was launched in April 2019 and covers most areas of Tel Aviv and some parts of neighboring towns Ramat Gan and Givatayim

Itai Rogatka, the general manager of Tel Aviv’s ridesharing service Bubble, considers private cars, no buses or taxis, to be his competition. Bubble is just another form of public transportation and its purpose is to reduce the number of private cars on the road, Rogatka said in a recent interview with Calcalist. According to him, the service has already negated over 100,000 individual rides in private cars.

Bubble users can book rides on one of 100 10-seater vans available, through a dedicated app that calculates the most efficient route for each driver based on the hails recorded by the system. Fares range between NIS 12 and NIS 15 (approximately $3.5-$4.3), which is about twice as much as a bus ride but significantly lower than the price of a standard taxi ride. 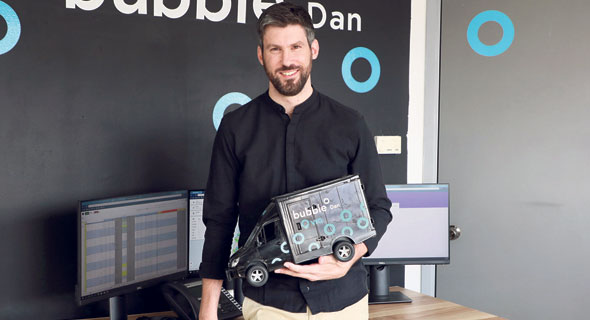 Jointly operated by New York-headquartered ridesharing company Via Transportation Inc. and local public transportation company Dan Bus Co., Bubble was launched in April 2019 and covers most areas of Tel Aviv and some parts of neighboring towns Ramat Gan and Givatayim. Bubble is in negotiations with the Israeli government on ways in which it can expand its service—either by entering additional cities and towns, which Rogatka said could take a long time, regulations and logistics-wise—or by extending the service’s operational hours, which he believes would be a matter of weeks, once a decision is made. Rogatka added that the service might start operating on Fridays as well after it becomes clearer what the government is willing to offer as support. Currently, the service operates solely on weekdays, typically between 6 a.m. and 10 p.m. After nine months of operation, Bubble makes an average of 4,800 rides a day and on Thursdays—when the service recently started running for an additional three hours, until 1 a.m., to accommodate those marking the beginning of the weekend out on the town—it gets over 6,000 daily rides, Rogatka said. According to Rogatka, Bubble’s rush hour is during the daily commutes to and from work, between 7 a.m. and 10 a.m. and between 3 p.m. and 8:30 p.m. “Some of our customers use us on a daily basis, instead of moving their cars or sitting in traffic,” he said. “I do that too.”