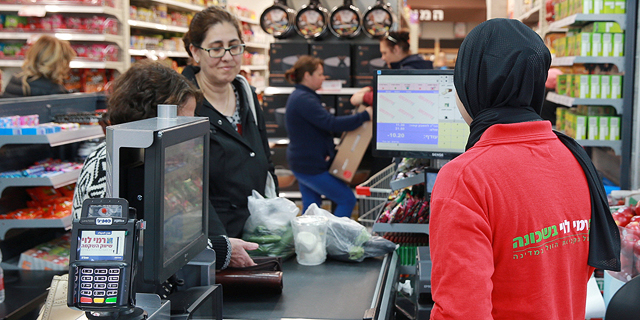 The slow increase of Israel’s consumer prices index means that the country’s annual inflation rate keeps falling below target. Meanwhile, the Economist’s Big Mac Index ranks Israel as the sixth most expensive country in the world

On Wednesday, Israel’s Central Bureau of Statistics (CBS) published the consumer prices index for 2019, on whose basis Israel’s annual inflation is determined. Over the past year, the index has increased by only 0.6%, far below the lowest threshold of the government-determined target range, which stands between 1% and 3%. The announcement drew attention because this is the sixth year in a row where the inflation is much lower than the price stability objective set by the government. Again, the inflation is almost nonexistent, and again, the Bank of Israel, whose responsibility by law it is to ensure the inflation meets the target, is flustered. 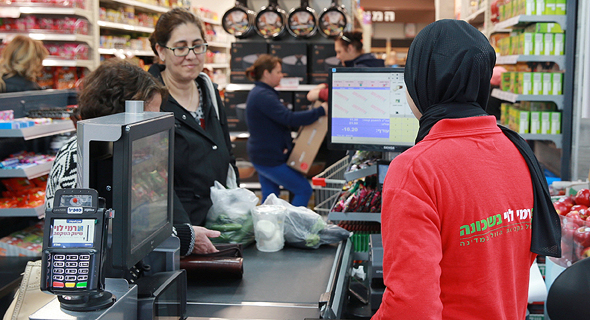 The same day,  the Economist published, as it does twice a year, another index that measures prices and cost of living: the Big Mac Index, created in 1986. This informal index compares the cost of living in different countries by comparing the price of Mcdonald's most famous item, sold in almost every country, by checking how many Big Macs a $20 bill will buy in each locality. The more hamburgers, the lower the living costs. According to the Big Mac Index of January 2020, Israel has climbed once again, as was the trend for the past three years, and now stands in sixth place, just after very expensive countries like Switzerland, Norway, and Sweden. This presents a problem: how is it possible for the CBS to publish data that shows local inflation is continuing to crash, hours before another index states Israel is amongst the six most expensive countries in the world? This is especially perplexing considering that the gross domestic product (GDP) per capita of the top five most expensive countries on the list is 25%-50% higher than that of Israel. A deeper look at the data makes it clear. As it was in recent years, in 2019 as well the price index, excluding housing, increased by only 0.1%—very different from the general index. This means that for the past six years, it was the cost of real estate, and of leasing, that kept local inflation above zero. Housing leases is a service that cannot be imported. In comparison, the prices of consumer products that can be bought online, and which face no heavy tariffs, dropped sharply: furniture and house equipment dropped by 2.5% in 2019, clothes and shoes dropped by 6%, and electrical home devices dropped by 3.4%. To understand why a Big Mac costs more in Israel than it does in Madrid, Rome, or Seoul, one needs to understand the factors behind the pricing. The first is leasing prices. One of the hallmarks of a fast food chain is location, and as already noted, in Israel real estate and rentals are inflation’s only growth engine. Another important element is municipal taxes, or arnona, as they are called in Israel—a property tax paid by households and businesses which varies from one municipality to the next. In Israel, arnona is the only tax that rises each year, because it is calculated according to two factors: the consumer price index, which doesn’t always rise, and the public wages index, which always rises. Furthermore, in Israel local authorities can apply for special permission from the Minister of Interior to hike arnona prices even more than is determined by law. Another significant input to the Big Mac price is employee wages. According to previous labor agreements, the minimum wage in Israel has been rising at a relatively fast pace over the last four years, and has reached levels that are some of the highest among OECD countries when compared to the median wage in Israel. According to CBS’ data, water, electricity, and gas prices also jumped by 4% over the past year, adding to increases seen in recent years. These goods are not tradable, not importable, and cannot be bought online, but depend solely on regulation, government decisions, and the local market structure. But it is not just the non-tradable goods that saw price hikes and boosted the price of the Big Mac. Tradable goods like meat, poultry, and dairy also saw price increases in 2019, due to another acute problem of the Israeli economy—price controls. According to the CBS, the prices of meat, poultry, and fish rose by 1.6% in 2019. The prices of milk and dairy products increased by almost 2%. In July 2019, the OECD published its annual agricultural policy monitoring and evaluation report. For Israel, the authors wrote: “despite continued efforts to introduce market-oriented reforms, total support to agriculture in Israel continued to increase, which reflects mostly the persistence of regulations, price controls and border protection targeting specific commodities.” The authors concluded by stating “the focus on price support effectively raises market distortions and taxes for consumers.” According to the report, government support to the sector reached an all-time high, NIS 5 billion ($1.37 billion), almost three times what it was at the beginning of 2000, and much of it comes from taxpayers.

All these elements contribute to the high cost of a Big Mac in Israel. Those wary of relying on an index that only considers a single product can rely on the OECD’s monthly comparative price levels, which survey a wide range of products and services. The most recent statistics are from November, and they ranked Israel in third place after Switzerland and Iceland, with product prices 28% higher than the OECD average. Top economists in Israel have already thrown their support behind global calls for Israel to update the way its inflation index is determined, as this index has far-reaching effects for the daily finances and economics of citizens. The suggested revisions are plentiful, and it is up to Bank of Israel Governor Amir Yaron to helm this debate. There is no doubt, however, that both the bank and the government need to set their sights on reducing Israel’s placement on the Big Mac Index, rather than on increasing the CBS’ price index.